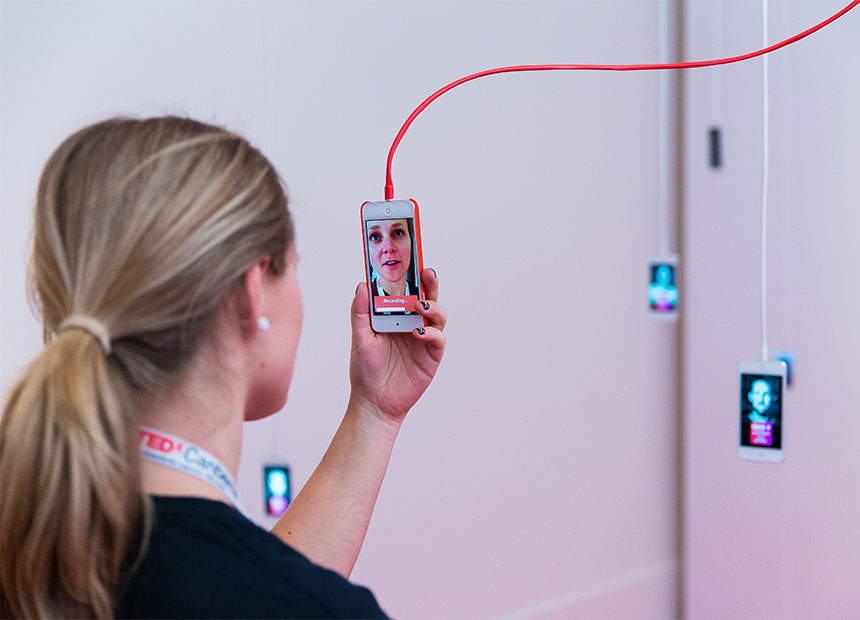 An exhibition curated by visitors leaving views about Australian democracy on computers lodged in walls, paper left on desks and selfies from phones hanging from the roof is producing interesting insights into our political habits.

‘Power of 1: Does your voice count?’ is an innovative exhibition that uses cross platform technology to showcase feelings toward Australian democracy and the impact of individual voice.

· The Avedon effect: behind the legendary lens
· Eight awesome things about the Star Wars teaser

3D displays visualise the results of a baseline survey done by the Museum and the Institute for Governance and Policy Analysis at the University of Canberra. But as people visit they alter the way the installation looks by responding to questions about democracy and the political system through selfie video, audio and text.

Executive producer of the exhibition Rachel Coghlan spoke to The New Daily more about the inventive exhibit.

“We were looking to celebrate the anniversary of 18 year olds being given the vote,” Ms Coghlan says.

“We looked at a fairly traditional approach…. but it was pretty clear that wasn’t going to be as compelling as you’d like.”

By structuring the baseline survey and all in exhibition questioning in this way the project has revealed some compelling and surprising generational attitudes to democracy,

“The early concept was that Boomers were really politically engaged and that Gen. Y were disengaged, which is sort of based on media coverage,” explains Coghlan.

“But we found an unexpected result in the exciting view that Gen. Y is actually more engaged, more dynamic and creating more ways to interact democratically and having a political voice.” On the ‘Builder’ generation and Gen. X, the survey and in exhibit responses revealed:

“The Builders are the most likely to boycott products based on political and ethical reasons,” Coghlan says.

“While Gen. X is the generation most likely to be political party members which shows they have a very formal and structured relationship with democratic engagement.”

Visitors to the museum respond to questions about their feelings toward experiences of political engagement.

Attendees can write in a notebook, film answers or even tag their responses onto a graffiti wall with all opinions instantly being shared and input into the exhibitions display.

There is also a ‘conscious vote’ like feature in ‘The Tally Room’ were people anonymously respond to a question about what political cause or right they would fight the most to protect.

If you can’t make it to the exhibition in the Museum of Democracy at Old Parliament House in Canberra within 12 months you can add your views to the ‘Power of 1: Does your voice count’ exhibition by completing the original baseline survey online.

What can the selfie teach us about democracy?