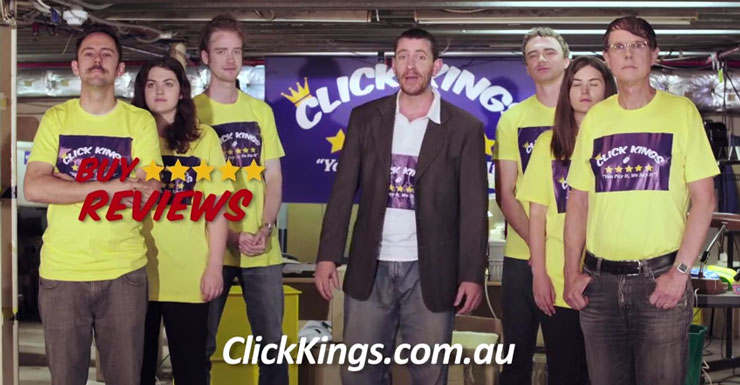 Peak consumer advocate CHOICE has launched a new advertising campaign aiming to raise public awareness about the boom in fake product reviews on social media and the internet.

“The new CHOICE campaign is designed to illustrate how easy it is for dodgy businesses to pay for fake five-star reviews and social media followers,” said CHOICE spokesman Tom Godfrey.

“It has been estimated 16 per cent of online reviews on some sites are fake and we are aware of cases locally where large corporates have been caught posting bogus negative reviews against competitors.”

“From buying white goods and electronics to booking accommodation, manipulating consumers with fake reviews, ratings and likes is big business.”

“While the ad strikes a comedic tone, it highlights serious issues faced by consumers, with many seemingly unaware of how easy and cheap it is for businesses to manipulate their perceptions online,” he said.