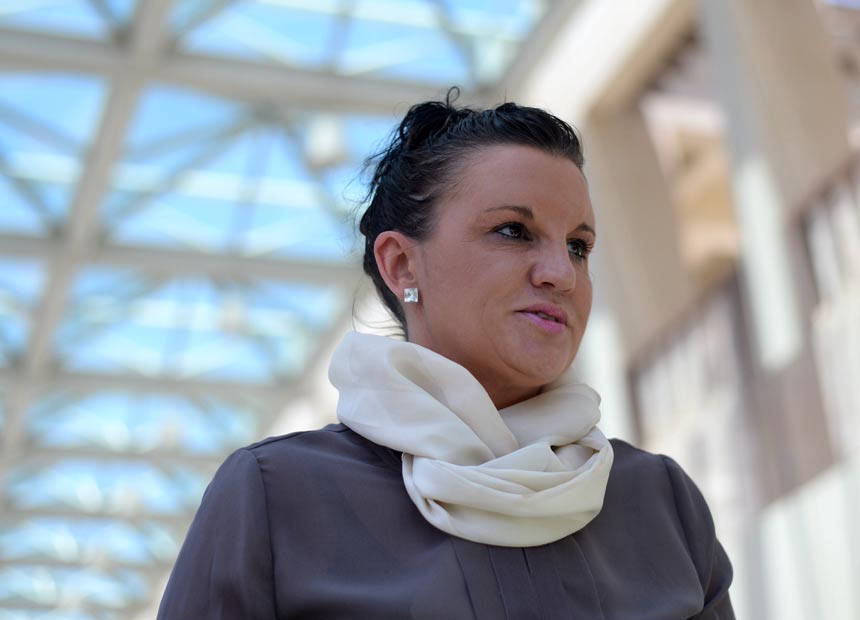 Tony Abbott has accused Senator Jacqui Lambie of blackmail for vowing to vote against his government’s bills until pay for defence force personnel is boosted.

The prime minister had pledged to meet with Ms Lambie this week but says he’d rather spend his time talking to crossbenchers who are prepared to be reasonable.

• Abbott: ‘this has been a ragged week for the government’

On Monday, Mr Abbott announced defence force personnel will get to retain $17 million in allowances but said the government was not in a position to boost a below-inflation pay rise of 1.5 per cent.

Ms Lambie, who quit the Palmer United Party last week to sit as an independent, said she will vote against all government legislation until the pay rise is lifted to three per cent.

“This is a form of blackmail and this is not something that any sensible mature government can submit to,” he told Network Seven.

Mr Abbott said if Ms Lambie would pledge to support the government’s agenda “that would be a different story”.

Ms Lambie on Tuesday defended her position: “I don’t think I have any other choice”.

The senator criticised the prime minister for cancelling two scheduled meetings with her.

“Twice this man has put off a meeting with me over the past five days,” she told Seven Network on Tuesday.

Ms Lambie said she contacted Mr Abbott’s office on Monday after he announced a concession on defence allowance payments.

“Still ‘no’, that’s what I’m dealing with. Just plain ignorance and disrespect.”

Mr Abbott pledged to meet with Ms Lambie by the end of the week but made it clear she was not a high priority.

“There are other crossbench senators who are at least are prepared to be reasonable and they are higher up in the list of people to see,” he said.