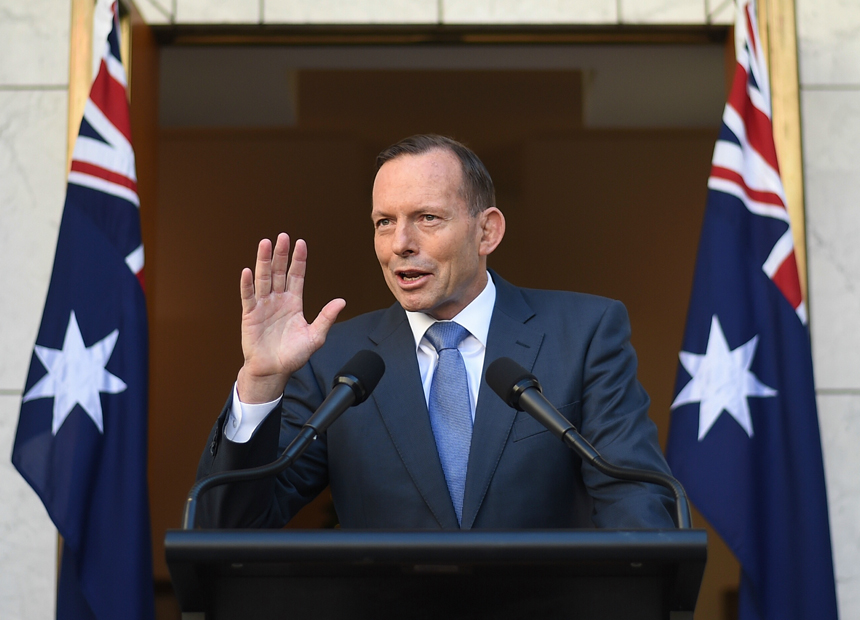 Prime Minister Tony Abbott has admitted to breaking his promise not to cut funding to the ABC.

After a week of prevarication and word games, Mr Abbott told a press conference on Monday: “On the subject of broken promises, I accept that what we are doing with the ABC is different to what we said before the election.”

Mr Abbott said “circumstances have changed” and the cuts were appropriate given the worsening budgetary position.

Speaking on a range of issues plaguing the Coalition, the prime minister admitted last week had been a “ragged week for the government”.

The Coalition’s GP co-payment was blocked in the Senate, and Defence Minister David Johnston was forced to apologise after saying he didn’t trust South Australian shipbuilder ASC to “build a canoe”.

The Victorian Coalition government was also defeated by Labor on Sunday.

“I know that appearances do count and I can see that the appearance last week was a bit ragged,” Mr Abbott said.

“We’re in the business of what we think is best under the circumstances under which we find ourselves and there is a massive budget repair task.”

Mr Abbott said the government was “totally committed” to the Medicare co-payment, despite it being defeated in the senate.

“There is nothing wrong with a Medicare co-payment in principle,” he said.

Mr Abbott also admitted he was facing pressure both externally and internally over unpopular policies like the paid parental leave scheme, but said people would appreciate his budget at the next election.

“We are not going to practice intergenerational theft to fund our spending,” he said.

“When it comes to the next election, people will appreciate that.”

On the issue of defence force personnel pay, Mr Abbott said no increase would be made, but the government was looking to improve allowances for defence personnel, such as leave over Christmas.

“I think we just have to be realistic about defence force pay,” the prime minister argued.

The prime minister said the decision was “regrettable but reasonable”, blaming a budget in deficit.

PM: ‘It’s been a ragged week for the govt’