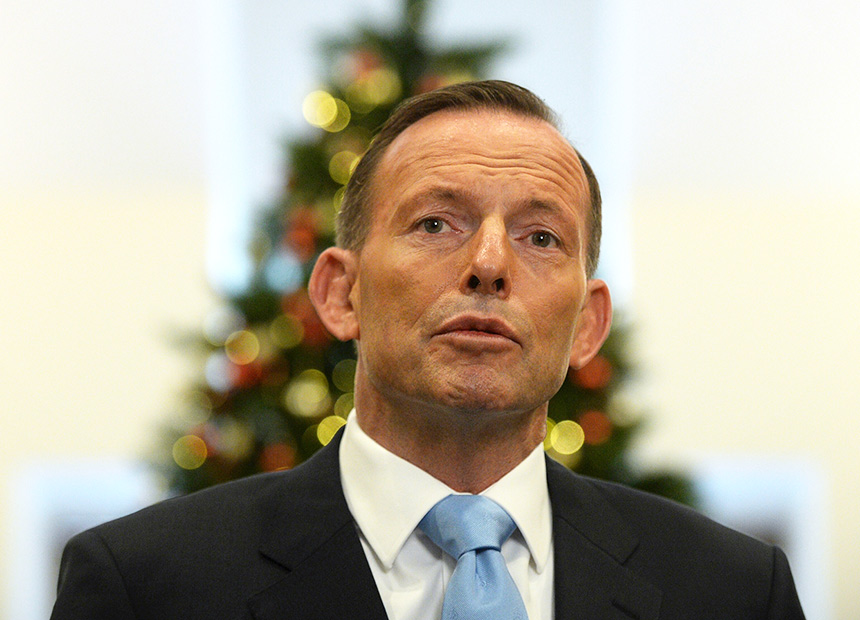 Senior federal government ministers have dismissed suggestions from their own side of politics that this year’s budget and a series of recent missteps cost the Victorian coalition government power.

After a horror week marked by confusion over the GP co-payment, unpopular cuts to the ABC and SBS, and the submarine gaffe of Defence Minister David Johnston, the federal coalition also denies that it is facing the same fate as the dumped Victorian coalition.

Liberal frontbencher Andrew Robb said the federal government’s woes were not responsible for the Victorian coalition’s woes, or that it faced a similar defeat in two years.

“I don’t accept that we had a big influence,” the federal Victorian MP said on Sunday. “We will have a look at the implications but, clearly … this was a state election overwhelmingly fought on state issues.”

“This election has been fought largely on state issues,” he said.

But a clear split has emerged between federal Liberals and their state colleagues.

Victorian Liberals are pointing the finger squarely at Canberra for the debacle.

“Clearly the Commonwealth budget and the aftermath were a distraction,” Victoria’s outgoing Attorney General Robert Clark said on Sunday.

That was echoed by Deputy Premier Peter Ryan, who said the government struggled to “get the clear air to be able to sell our message”.

“It made it difficult at every turn to be able to get out of the blocks and that prevailed over a period of many, many months,” he said.

The Victorian coalition had reportedly described the PM during the campaign as “box-office poison”.

Immigration Minister Scott Morrison distanced the next federal election from the Victorian poll. He said most marginal federal seats were in NSW and Queensland, where state coalition governments were likely to cruise to victory at elections next year.

Mr Morrison said the federal coalition had achieved a great deal in its first year, citing its success in scrapping the carbon and mining taxes, and stopping the boats.

However, he acknowledged it needed to work harder on “managing the politics”, in reference to the mixed messages on the $7 Medicare co-payment.

“The coalition strategists will look at the result more deeply over the coming days and take whatever lessons can be learned from it,” he told ABC television.

But federal Opposition Leader Bill Shorten was sure of who was to blame. He said it was clear the vote was a referendum on the prime minister and this year’s budget. Denis Napthine’s defeat has ripped up the political rulebook, he warned.

“(Tony Abbott) needs to not be in denial, not put his hands over his ears,” he told reporters in Melbourne.

“If Tony Abbott and his coalition team in Canberra with his unfair budget and broken promises are in denial about one of the factors in this election, well that would be a dreadful mistake,” Mr Shorten said in Melbourne.

“The conceived wisdom is first-term governments never lose. Daniel Andrews, a new Labor hero and a great premier for Victoria in the making, won and defeated a first-term coalition government,” he said.

“And I believe that some of the issues which contributed to it … were the fact that Tony Abbott’s brought down the most unfair, unpopular budget in living memory.”

Who, us? Vic election not our fault: federal ministers