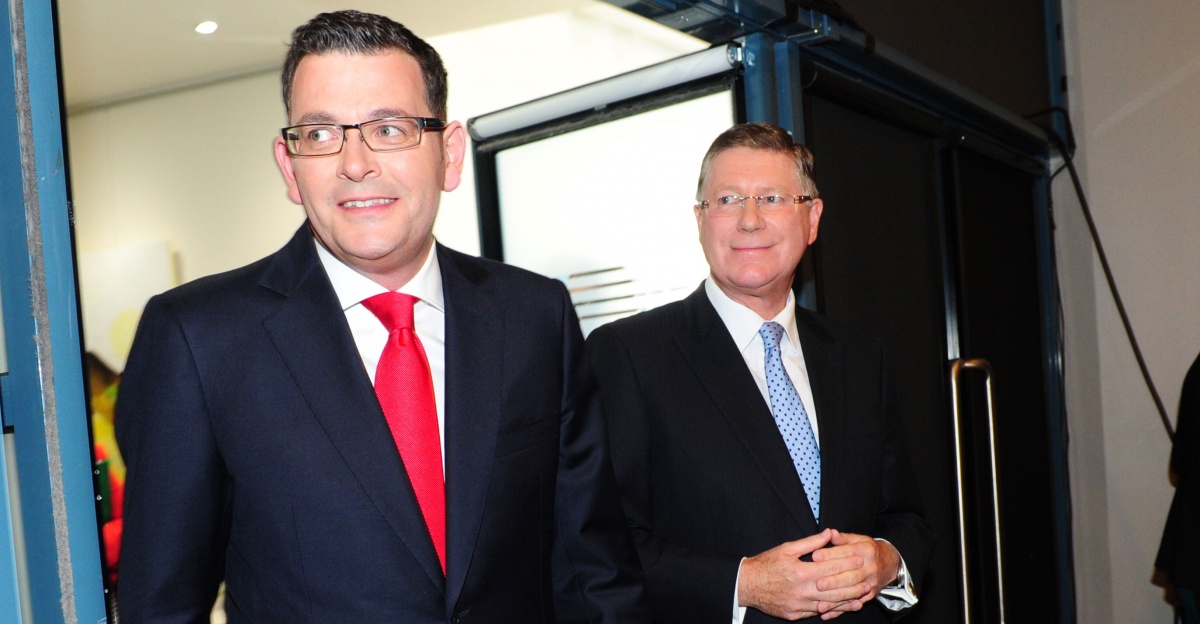 On Saturday, more than 3.8 million Victorians will cast their votes to either keep the Coalition government in power, or hand back the reins to Labor after only one term in opposition.

The trend of lengthy ballots continues, with the total number of candidates a record 896, up 185 since the last election, with an extra 21 registered parties and 87 independent candidates since 2010.

Four years of boredom punctuated by scandal, which saw Denis Napthine replace Ted Ballieu as premier in 2013, legal challenges to the state government’s billion-dollar road tunnel, and a precarious one-seat hold on power, seem to have taken their toll, with Opposition Leader Daniel Andrews headed for a comfortable win.

The state’s two main newspapers, The Herald Sun and The Age, have published editorials calling for Napthine to be returned to fix Melbourne’s gridlock, but polls are not looking good for the former veterinarian.

Record numbers — almost half a million — have voted early, but for those still undecided, or for out-of-staters wanting some insight, here are some of the big issues.

The election campaign has seen money splashed everywhere, but it could still come down to the reputation of the parties and their leaders.

Premier Napthine has focussed since the beginning of the campaign on who can be trusted with the economy. His attack ads have targeted Labor’s union connection, particularly to the “militant” CFMEU, which the Abbott Government also hammered during Question Time in Canberra.

Labor brought essential services to the fore, regularly reminding the electorate of the long-running ambulance pay dispute, Napthine’s links to the unpopular Abbott, and his ties to rogue Victorian MP Geoff Shaw.

The Liberals splashed out $12.4 billion in election promises, outspending Labor’s $10 billion worth of commitments.

But the Opposition’s costings don’t include a figure for scrapping the East West Link, which risks up to $1.1 billion in compensation, effectively closing the gap in the two party’s promises.

The Coalition’s centrepiece policy is the East West Link, a road tunnel that would connect two Melbourne freeways across the inner north. It has also pledged an upgrade to the Tullamarine Freeway, to buy 170 new trams and trains, and to build a new port at Hastings.

The Opposition has also committed to an $11 billion Melbourne Metro rail tunnel, but won’t say how it will be funded or when it will be built.

Both have promised to reduce fares for train passengers to an equal amount.

Both parties promise a stand-alone, world class heart hospital in Clayton, but differ on the cost and the exact site.

Aside from upgrades to medical infrastructure, Labor wants to send doctors to visit disadvantaged schools, whereas Napthine pledged more surgeries for seniors and public health campaigns to combat obesity, diabetes and heart disease.

Labor also promised a novel policy to fund 20 pharmacies in Melbourne and larger regional centres to stay open 24 hours a day to reduce the burden on emergency departments.

Poor ambulance response times have hurt the Coalition, and Labor got paramedics onside with a promise to sack the Ambulance Victoria board and send a long-running pay dispute to the Fair Work Commission.

Both parties promised to fix the ice epidemic sweeping the state and the growing problem of family violence.

Labor’s other focusses were on swift justice for asbestos victims and the closure of illegal puppy and kitten farms.

The Liberals preferred a ‘tougher on crime’ approach, beefing up police numbers and technology and longer prison terms for offenders.

Labor was far more vocal on environmental issues, boosting funding for renewable energy, and a reopened inquiry into the Hazelwood mine fire that choked the local area with smoke.

The Libs wants to buy-back all commercial net fishing licences in Port Philip Bay, whereas Labor wants to phase it out entirely.