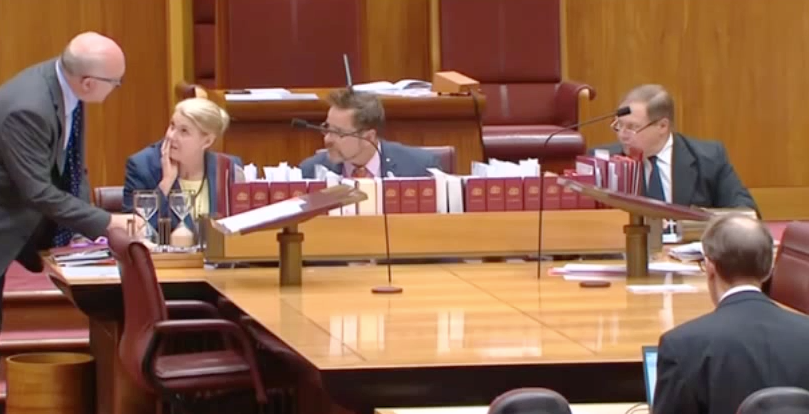 Attorney-General George Brandis has infuriated senators after refusing to answers questions about the government’s latest batch of anti-terrorism legislation in the upper house.

The laws which were passed on Wednesday allow the Australian Secret Intelligence Service to conduct operations without approval from a government minister.

The laws also allow Australian Federal Police to detain someone suspected of “aiding or facilitating” foreign fighters without charging them, something the Australian Human Rights Commission says breaches fundamental freedoms.

When asked by Greens national security spokesperson Penny Wright for further clarification on the bill, including the intended meaning of “aiding and facilitating”, Senator Brandis ignored her.

Senator Wright clarified her question to Senator Brandis several times before the Speaker said he didn’t have the right to call her again.

Greens Senator Scott Ludlam rose to the defence of Senator Wright, saying he had never seen the chamber being treated with such “profound contempt”.

“What the Attorney-General is doing in deciding to behave like a child in the course of this debate is preventing us from having the kind of dialogue that you get in the committee stage of the bill,” Senator Ludlum said.

“The problem with Senator Brandis just sitting there mute instead of providing us with answers is we don’t know which of the issues we are chasing.”