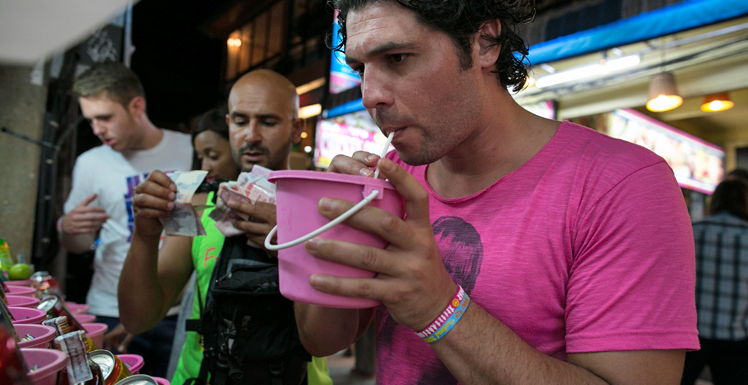 The mother of a Newcastle teenager who suffered suspected methanol poisoning on a schoolies trip in Bali has warned about drink-spiking on the holiday island.

Jackson Tuckwell lost his vision and ability to walk when he was out drinking with friends at a nightclub in Legian on Sunday night, but has since recovered.

• Cheap, beautiful and dangerous: the trouble with Thailand
• What really happens in Bali, luxury edition

The school-leaver is believed to have drunk half a “blaster”, which is supposed to be a concoction of vodka, other spirits and pineapple juice.

The 17-year-old had to be carried out of the nightclub and was taken by ambulance to a local hospital.

“She said he was blind and he couldn’t walk, that’s when I really started to panic,” Ms Tuckwell told Fairfax.

“The message needs to get out there, Bali is a beautiful place, but there is a downside and that is the nightclub scene. It can be very dangerous.”

In 2011, a 25-year-old Newcastle nurse slipped into a coma and sustained brain damage after drinking locally distilled alcohol in Lombok.

Methanol is closely related to ethanol, the type of alcohol found in beer and wine, but is much more toxic.

Travellers are advised to only consume alcoholic drinks they can open, such as a can of beer.