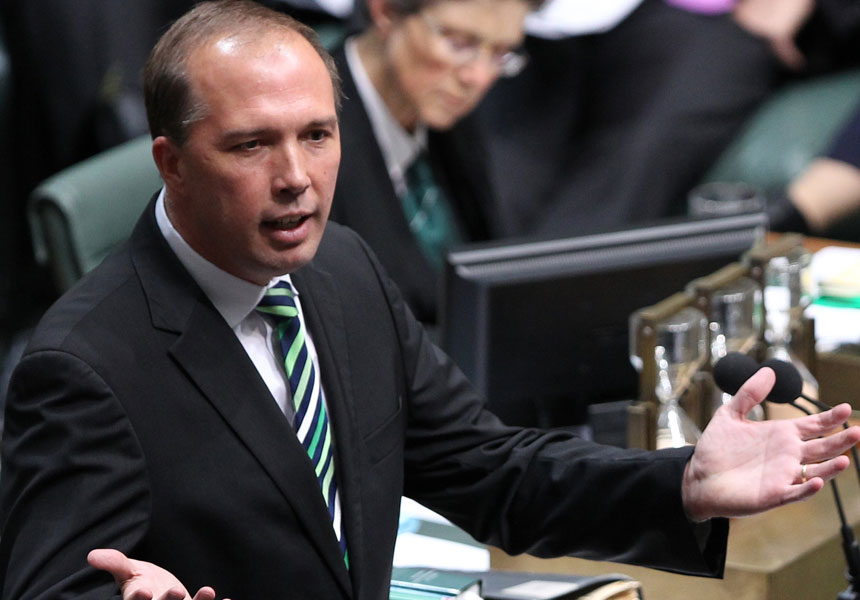 The Federal Government’s controversial $7 GP co-payment is shrouded in confusion after a series of mixed messages from Liberal Party leaders.

Federal Health Minister Peter Dutton today said the $7 Medicare co-payment announced in its May budget will be short-lived, with “different options” already being considered to replace it.

A spokesperson from the Health Minister’s office told The New Daily that the government will push forward with the co-payment “and look at other options”.

“The proposal to the Senate remains on the table and the government will look at other options,” the spokesperson said.

The spokesperson would not elaborate on what these “other options” might entail.

The ABC is reporting that the original $7 co-payment will be dropped by the end of the year as part of what Prime Minister Tony Abbott calls a “barnacle clearing” exercise.

However, Treasurer Joe Hockey today told media the Government would press ahead with legislation in the parliament.

“We intend to take it to the parliament,” Mr Hockey said, adding the policy would stand.

But he would not say if legislation would be introduced before parliament rises for the long summer break next week.

“We will take it when we are able to take it,” he said.

“There’s a lot of work before the parliament at the moment.”

But there is speculation the Government intends to bypass parliamentary approval by cutting rebates to doctors directly.

Regardless of the mixed messages coming out of Liberal HQ, the Government remains committed to a policy of “price signalling” on Medicare services.

“We are not ruling in or out different options that might be available to the Government and we are determined to send a price signal to make Medicare sustainable,” Mr Dutton said.

Mr Dutton acknowledged the original $7 co-payment announced in May appeared doomed and a second approach was needed.

“The Government is pragmatic about the situation in the Senate. We continue negotiations in good faith with the independent senators.”

At least one Coalition backbencher spoke out against the original budget GP co-payment model.

Queensland senator Ian Macdonald said: “I don’t think this scheme is the right way to go and I have advised both Mr Dutton and Mr Abbott about that and indicated that if this proposal comes forward I would be opposing it.”

“The Abbott Government wants to change its tactics about its GP tax, but they haven’t changed their mind about the GP tax,” he said.

Government Senate leader Eric Abetz confirmed a “GP co-payment remains our policy”, but added: “I’m not going to speculate as to different methodologies that might be employed.”

The Labor Party suspects the Government could opt to bypass the Parliament with a re-worked co-payment using ministerial powers of regulation.