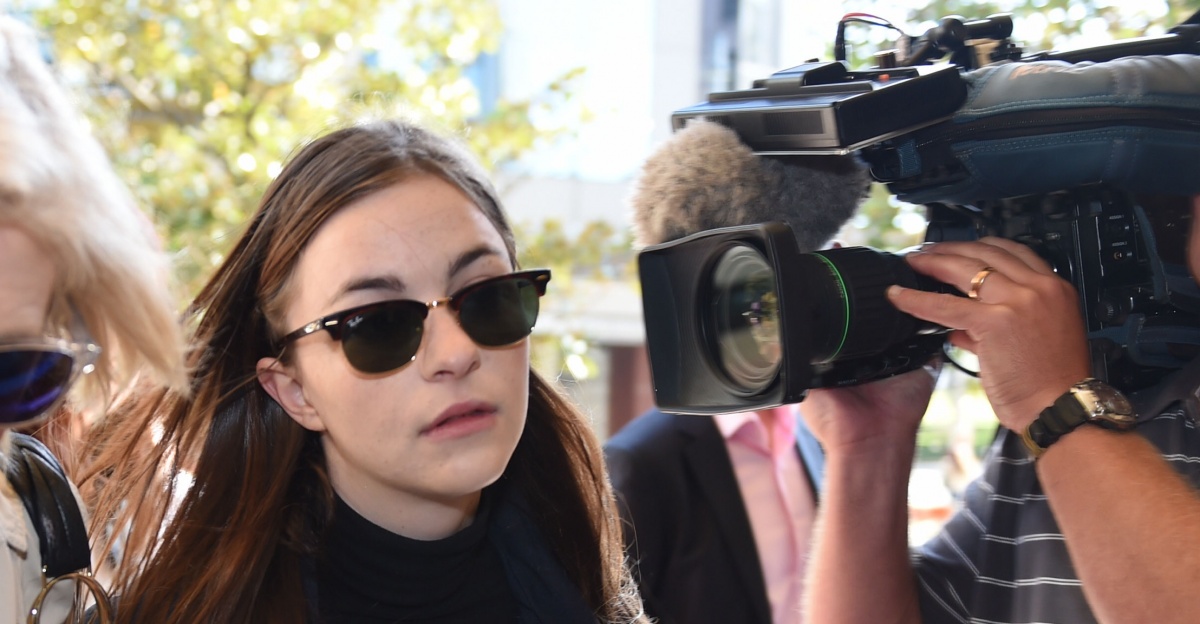 Whistleblower Freya Newman has been given a two-year good behaviour bond after hacking and sharing details of a scholarship granted to Prime Minister Tony Abbott’s daughter.

Ms Newman, a former library assistant at the Whitehouse Institute of Design, will escape a criminal conviction for using another staff member’s login to access details of an exclusive scholarship granted to Frances Abbott.

• Frances Abbott still does not get it

The 21-year-old pleaded guilty in September to one count of unauthorised access to restricted data after telling media about Ms Abbott’s $60,000 scholarship at the Sydney design school.

Magistrate Teresa O’Sullivan told a Sydney court that Ms Newman’s early guilty plea and young age (she was 20 at the time) placed her at the lower end of offending.

“I accept she was motivated by sense of injustice and not desire for notoriety,” Ms O’Sullivan said.

Ms Newman’s hacking revealed that Ms Abbott had attended the design school on a “managing director’s scholarship” offered only once before to a family member of the Institute’s founder.

The police prosecution had pushed for Ms Newman to receive a criminal conviction for breaching Section 308(H) of the NSW Crimes Act.

Tony Payne SC, barrister for Ms Newman, told the court in an earlier hearing that his client did not realise her actions were illegal, and that she was motivated by a desire to expose wrongdoing.

Ms Newman apologised for her crime in a letter to the Prime Minister’s daughter. Ms Abbott publicly accepted the apology, but condemned the student’s actions.

The New Daily sought clarification on November 10 from the Prime Minister’s office on the circumstances surrounding the granting of the scholarship but received no reply.

Mr Abbott’s office declined to comment on whether his public office and his relationship with members of the school’s administration influenced the decision.

Mr Abbott has not declared the scholarship in his parliamentary register, arguing it was awarded on merit and thus need not be declared as a gift.

No conviction for whistleblower