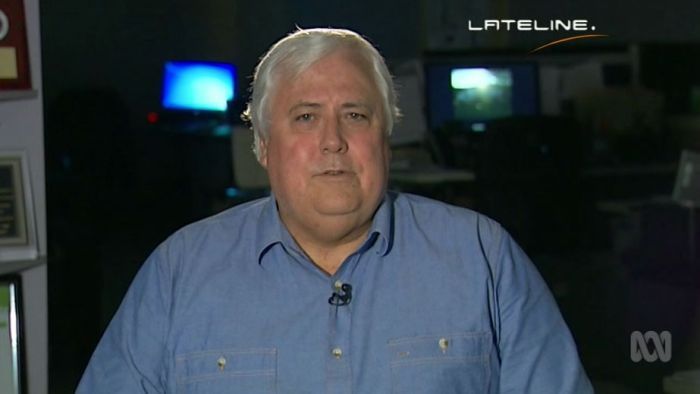 Clive Palmer has extended an olive branch to Senator Jacqui Lambie, telling Lateline he’d like to keep her “on board” with his Palmer United Party.

The PUP leader and Senator Lambie have been at loggerheads over the issue of defence force personnel pay, with it looking increasingly likely that Senator Lambie will quit the party.

Speaking on ABC’s Lateline on Thursday night, Mr Palmer said the party had only tried to support Senator Lambie.

“We’ve only tried to support Jacqui since we – she first wrote to us and asked if she could be endorsed for the Tasmanian Senate. We’ve done all we can to support her,” Mr Palmer said.

The Tasmanian senator removed all PUP insignia from her website this week, and previously asked Mr Palmer to stop “backflipping” and “fence sitting” on the issue of ADF pay.