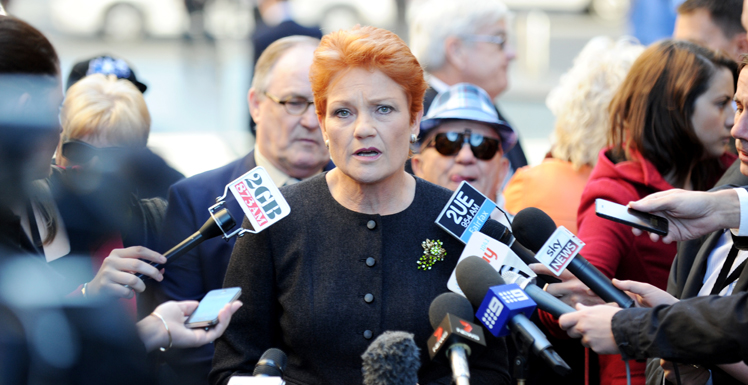 Fiery politician Pauline Hanson is set to return to the helm of the One Nation party, with the group looking to rebuild and become an alternative for voters.

In a statement on the One Nation website, the party’s Queensland President Jim Savage said Ms Hanson would be returning to the party she helped create in 1997.

“We have been given the opportunity to revitalise the party with Pauline Hanson taking on the role of national chairman and leader of the party,” Mr Savage said.

“It is now time to rebuild the party and stand credible candidates in upcoming elections.”

“Many Australians have lost faith in all the major parties and are looking for an alternative. I believe it is our time.”

“How often do you hear people saying, ‘Pauline was right’? She certainly was, and she is back to make a difference … with your help of course!”

Ms Hanson entered federal parliament in 1996 as an independent for the seat Oxley in Queensland, before forming the One Nation Party in 1997.

She lost her seat in 1998 and has had several failed attempts to re-enter politics in the years since.

When contacted by The Courier-Mail on Tuesday night, Ms Hanson said she would not be commenting before a One Nation meeting on November 29.

Hanson set for return to politics