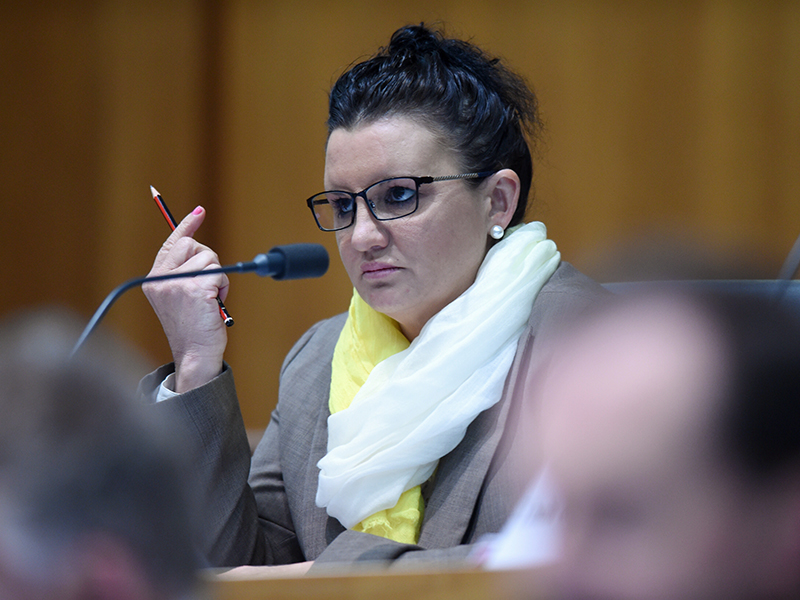 Palmer United Party senator Jacqui Lambie says she regrets not running as an independent at the 2013 election but hasn’t made any decision on her future with the party.

The Tasmanian senator is in Canberra for an upper house sitting but has not spoken with her party colleagues since parliament last sat a fortnight ago.

During the break, she has publicly criticised PUP leader Clive Palmer over his lack of support for her policy positions and he has fired back calling her a “drama queen”.

Senator Lambie told reporters she was feeling positive, having been in discussions with other MPs over the past week about Tasmanian issues and her call for a higher pay rise for the military.

Asked about her future, she said she was undecided.

“I just have to see what happens over the next few days before I make any decisions on that.”

Senator Lambie said she almost won her upper house seat in Tasmania as an independent.

Senator Lambie said that any future discussion with Mr Palmer would be about Tasmanian issues, a better deal for Defence personnel and the future of the renewable energy target.

“I’m hoping he and his party will stand beside me and helping me to do whatever I can.”

The government needs six votes to get its legislation through the Senate and has been relying on the PUP voting bloc of four and Australian Motoring Enthusiasts Party’s Ricky Muir.