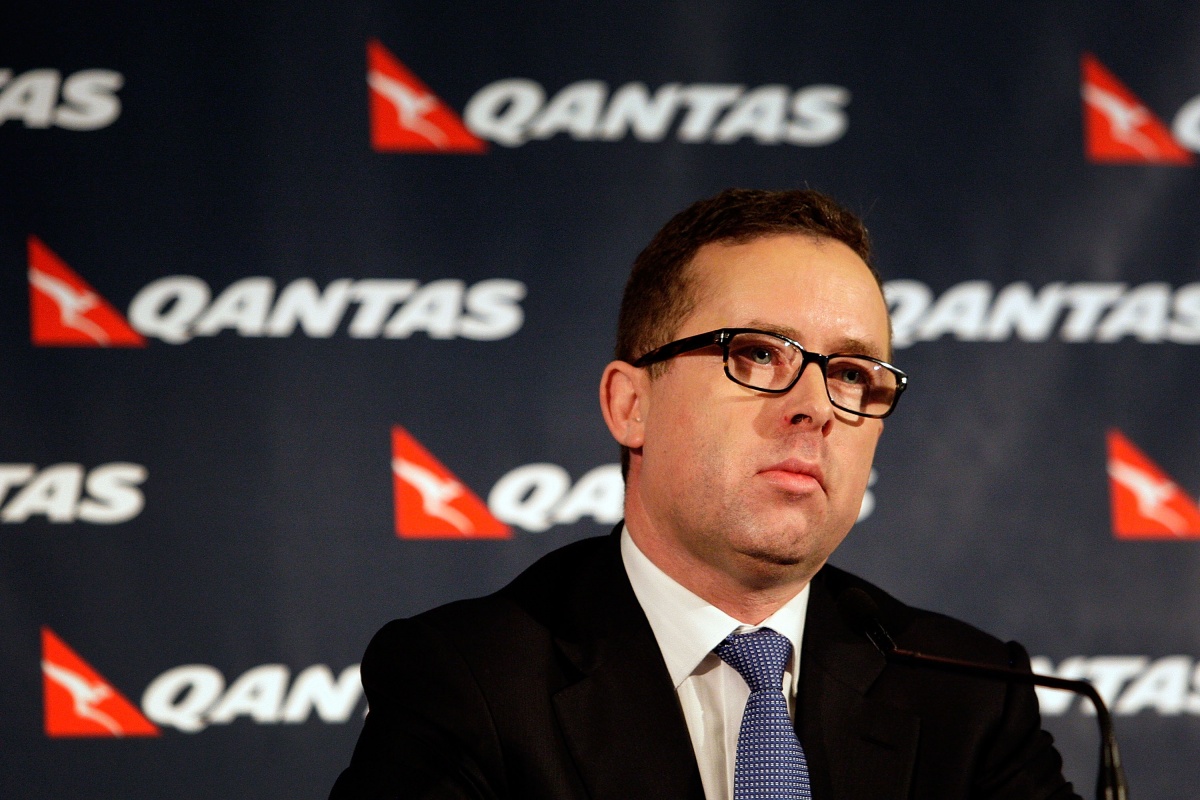 Qantas is back in the black.

“At our full year results announcement in August I said that the Qantas Group had come through the worst,” Mr Joyce told the Melbourne meeting.

“Today I can reconfirm that statement.”

The result heralds a turnaround from a $646 million underlying pre-tax loss in 2013/14, and a $2.8 billion bottom line loss, which included a massive writedown on the value of Qantas’ aircraft.

Passenger numbers improved in the three months to September, and the battle for domestic market share had cooled, Mr Joyce said.

A “more benign operating environment”, including a lower Australian dollar and cheaper oil prices, was also proving beneficial, he added.

That controversial program is closely linked to a $2.5 million incentive package shareholders approved for Mr Joyce.

It will be paid out in 2017 and consists of shares worth 120 per cent of his $2.1 million annual base pay, aligning Mr Joyce’s incentives with the success of the transformation, Qantas said.

But employees challenged Mr Joyce’s view that customers and staff were pleased with the airline’s progress.

Qantas pushback tractor driver Colin Rayner, an employee of 15 years, said he had been asked by his colleagues to address the meeting.

“The morale amongst the workforce at not only the international terminal but domestic terminal as well is at an all time low – at levels I’ve never witnessed before in any company I’ve worked for,” he said.

“We are continually told by our immediate managers that we are the reason they cannot procure any new customer airline contracts, as our pay rates are too high.”

Most airline service operators were paid around $21 an hour, he said.

Meanwhile, Mr Joyce said capacity in the domestic market would be flat in the first half of 2014/15 – less than the one per cent growth he forecast in August.

That is a positive for Qantas, which has fought a crippling capacity war with domestic rival Virgin in recent years.

International capacity growth is expected to be lower than underlying demand growth for the first time in five years, Mr Joyce said.

He added that 4000 of the 5000 job cuts to be made under the transformation program would be made by June 2015, but indicated there may be further sackings.

“The full 5000 redundancies will bring an end to the period of major job reductions,” he said.