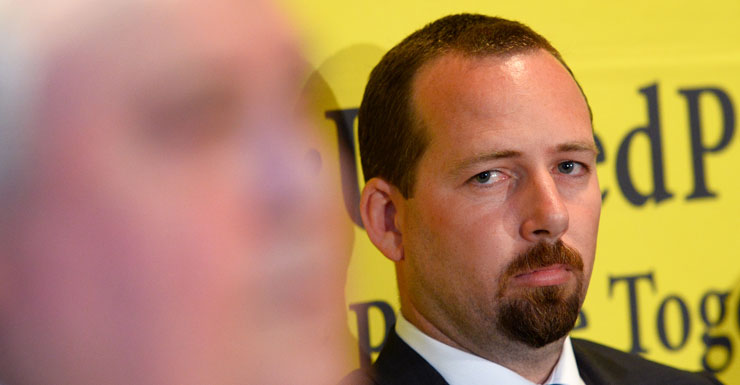 Look what Ricky Muir has unleashed: an impressive 23 political parties look set to contest Victoria’s general election on November 29, up from just 10 in 2010.

Seems that every enthusiast is now registering a party and aiming for high office.

And why not, after Muir’s Australian Motoring Enthusiast Party won a Senate seat at the September 2013 federal election with 0.51 percent of the primary vote?

There were just 10 Victorian parties at the last election. Since then the Christian Democrats were replaced by Australian Christians. The other nine are all fronting again.

Five new parties have been registered already by the Victorian Electoral Commission:

But it doesn’t stop there. Another eight parties have applied for registration in time for the November poll:

Three of these are already registered as federal parties: Australian Cyclists, Liberal Democratic Party (LDP) and the Shooters and Fishers. Save the Planet ran candidates as independents at the last federal election.

Of the 13 newcomers, 10 are focussed on narrow issues, while three have broader platforms: Palmer United, the Liberal Democrats and Rise Up Australia.

This proliferation of new parties should not surprise after recent state and federal polls. Parties with only marginal appeal can be quite optimistic after the successes of PUP and the Motoring Enthusiasts. They were only registered in July last year but now hold four Senate seats plus Clive Palmer’s lower house seat of Fairfax.

New small parties have also done well in state elections. In March this year, South Australians elected to their Legislative Council candidates from the Nick Xenophon Group and Family First.

The Council already had members from Family First and Dignity for Disability, plus independent ex-Labor member Bernard Finnigan.

Intriguing questions in Victoria – besides the obvious Labor v Coalition outcome – include:

• Has an upper house cross-bench seat – with the possibility of the balance of power – now become a lottery, determined by the random chance of cascading preferences?

• Will another newbie fringe party “do a Ricky” and win an upper house seat with a primary vote below one percent?

• Will any party “do a Clive” and win a lower house seat at its first outing?

• Will the rampant PUP perform as well as it did federally last year now the voters have seen its three senators and one representative at work?

• Will the LDP build on the surprise election of Senator David Leyonhjelm at the last federal election (with 9.50 percent of the first-preference vote)?

• How successfully will the anti-Muslim Rise Up Australia Party surf the current wave of “anti-terrorism”?

• Is the single issue No East West Link party – which is yet to create a website – a front for the pro-link Liberal Party, as The Age alleged?

• Is the Basics Rock’n’Roll Party anything more than a promotional stunt for the pop group? This arises from Basics bass player Kris Schroeder’s admission: “It was a bit of a spur of the moment thing, we’re not politicians.”

• Does the expansion of parties in Victoria signal a proliferation in other states as well?

On the last question, it appears so. Parties now registered with the federal Electoral Commission number 59, up from 54 at the 2013 poll and 26 in 2010.

Participatory democracy is alive and well. Thanks, Ricky.