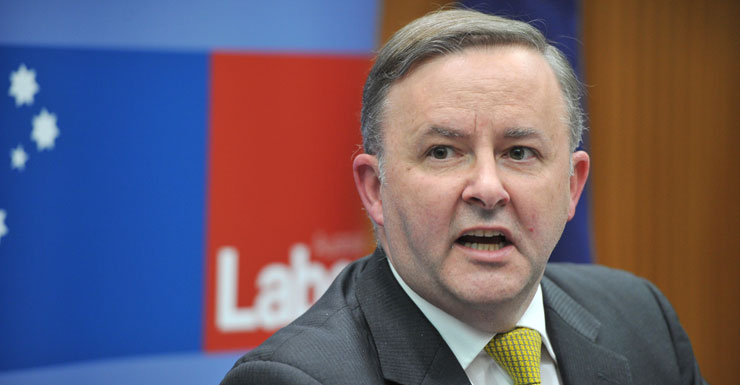 Senior Labor frontbencher Anthony Albanese has suggested laws which could see journalists jailed for 10 years may need to be wound back.

Mr Albanese’s criticism came despite Labor recently voting for the legislation, which could see journalists jailed for up to 10 years for reporting on so-called special intelligence operations

Parliament beefed up the domestic spy agency ASIO’s powers earlier this month, with journalists to face 10 years in jail if they reveal details of intelligence operations.

• One in seven Australians living below poverty
• Travellers ‘screened’ for Ebola

But Anthony Albanese has hit out at the lack of scrutiny over the measures, describing the penalties on the media as draconian.

There was public interest in exposing errors of security agencies, he said.

“You can be fully supportive of our engagement in the Middle East and still say we don’t protect freedom by giving it up,” Mr Albanese told Sky News.

“I’m concerned about the rights of journalists.”

Labor backed the laws in line with its bipartisan approach to national security, but Mr Albanese, who is from the party’s left faction, said they needed more scrutiny. Backbencher Melissa Parke was the lone voice of dissent.

“Sometimes things might have gone too far. If that is the case they should be wound back.

“At a time like this, the security agencies will take every opportunity to impose things that have been in their bottom drawer for a long period of time.”

Mr Albanese likened his concern to that felt for Peter Greste, the Australian journalist convicted in Egypt in June of aiding the outlawed Muslim Brotherhood.

“You know we are all concerned as Australians about the jailing of Peter Greste in Egypt,” he said.

“Why is he being jailed? Because he was reporting and therefore seen to be somehow supportive of these actions.”