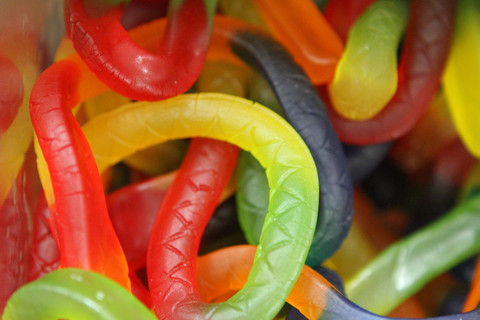 Nestle’s beloved Killer Python lollies will soon be downsized in an effort to cut calories.

According to the Australian Financial Review, the confectionery giant will reduce the popular jelly treat from 47 grams to 24 grams as part of a global bid reduce sugar content in its products.

“We’ve made a global decision that no serving is more than 10 per cent of [children’s] daily energy intake,” Nestle Australia general manager of confectionery and snacks Martin Brown told the AFR.

Mr Brown described the sweet treat, currently sold under the Allen’s brand of lollies, as “way too big”.

In regards to pricing, Nestle Corporate and External Relations Manager Margaret Stuart said customers can expect “half the python for half the price”.

Ms Stuart said that individually packaged Pythons sold at convenience stores would be phased out, while both individual Pythons sold at soccer matches and bags of Pythons would remain, with the contents of the bag increasing from four to eight Pythons.

As childhood obesity rates rise, fast food and confectionery companies have been encouraged to reduce serving sizes and advertising of sweet treats to children.

Mr Brown admitted that the size change will likely hurt the company’s sales as the price will also be reduced in accordance with the size.

“Controlling portion size is an effective, simple and reliable tool that is used in maintaining a balanced diet,” Ms McGrice said.

“A 10 year old can now run off a Killer Python in around 30 minutes. With the previous size, it would have taken almost an hour,” she said.