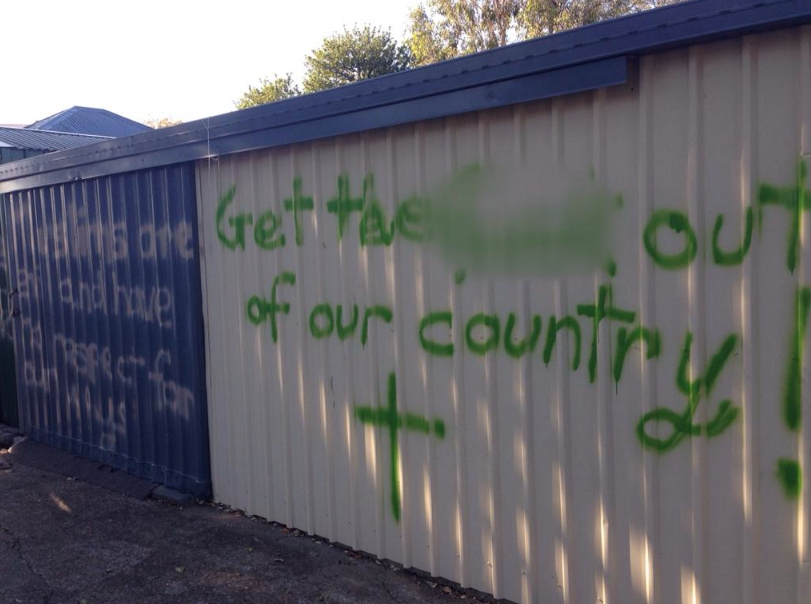 Mosques, businesses, homes, and cars have been damaged in a series of vandal attacks targeting Australia’s Islamic community.

Police are investigating an attack on an Indonesian mosque in the Brisbane suburb of Rocklea on Wednesday night, with the words “Muslims are evil” graffitied on the mosque’s entrance.

• Muslims ‘not on board’ Team Australia: Senator
• ‘There will be raised tensions’: police chief

Another mosque in the suburb of Mareeba was defaced with the word ‘evil’ on Thursday night, with QLD police announcing they would be hiring more Muslim police liaison officers to improve communication with the community.

The mosque attacks are part of a spate of attacks targeting the Muslim community.

The incidents come in the wake of a series of counter terrorism raids last week and the shooting of a teenage terror suspect in Melbourne on Tuesday night.

Unfortunately the local Mosque in Mareeba was graffitied. We have had a Muslim population for over 70 years. Acts like this are unforgivable

“It is not open season on Muslims,” Mr Wakim said.

A Facebook group has been set up for people to report examples of ‘Islamophobia’, and already has several thousand likes.