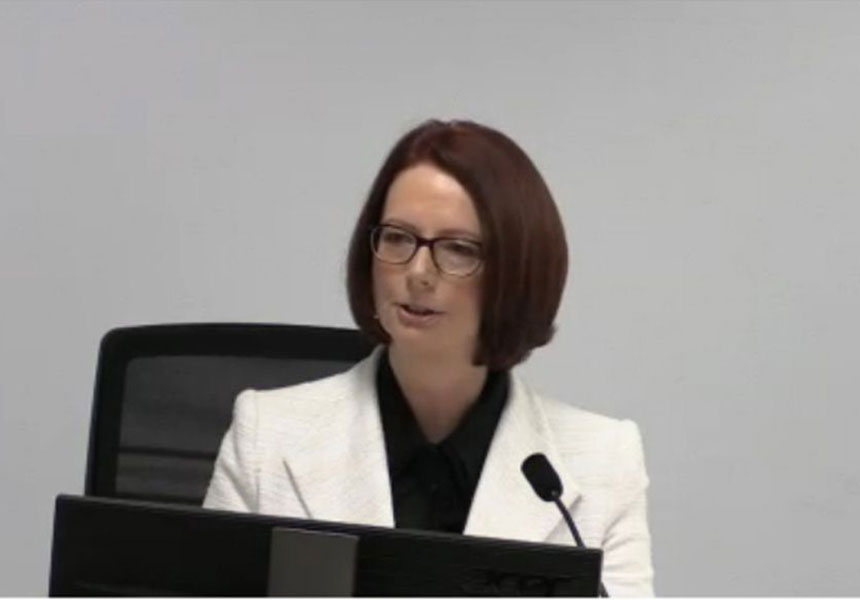 As the big day when all the questions about Julia Gillard’s role in the union slush fund scandal would finally be answered under oath, it was a bit of a fizzer.

Given its subject matter, the former prime minister’s appearance before the Royal Commission into Trade Union Governance and Corruption could have been expected to be a day of dynamite.

Previous days at the hearing have seen a jailed cage fighter refuse to give evidence out of fear for his family and union heavyweights failing to recall exactly why they made a $50,000 bank withdrawal.

Ms Gillard’s appearance on Wednesday offered the possibility that she would be shown to have received money from a slush fund run by her former union boyfriend, Bruce Wilson, to pay for renovations to her Melbourne home in 1994.

The commission is investigating Ms Gillard’s role in helping Mr Wilson establish the Workplace Reform Association in 1992 when they were going out and she was a lawyer at Slater and Gordon.

Ms Gillard did the work without opening an official file – something she said was common at the firm with jobs for union officials.

But instead of revelations, the hearing revisited details that have mostly been aired in media reports and press conferences held by Ms Gillard herself.

And an unflustered Ms Gillard made no change to her assertion that she paid for the renovation work herself and did nothing wrong in relation to the setting up of the slush fund.

“All payments made for renovations on my property were from my own money,” she said.

As counsel assisting the commission, Jeremy Stoljar SC, pressed Ms Gillard on the renovations she made to her home in the Melbourne suburb of Abbotsford two decades ago, he focused at one point on whether she sought quotes.

Ms Gillard said she wanted to get the work under way and was satisfied with recommendations from Mr Wilson and one of his union colleagues.

Mr Stoljar pushed Ms Gillard on whether she did any budget for the work – which, at $20,000 of renovations on a house bought for $140,000, was substantial for the day.

“You didn’t do any budgeting or costing of any kind?” he asked.

Ms Gillard replied: “The answer to your question is, having done some renovations, I had in my mind an order of magnitude of likely costs of these renovations and thought I would be in a position to finance them.”

Ms Gillard did reveal, however, that her renovations were hastened by Mr Wilson, who demolished her bathroom with friends while she was away on a holiday.

“Were you annoyed that Mr Wilson had smashed up your bathroom?” Mr Stoljar asked.

“It wasn’t my preference, no,” was Ms Gillard’s deadpan reply.

Mr Galbally asked: “Ms Gillard, I suggest to you that your association with Mr Wilson in the early 1990s has led to your judgment being clouded about matters of ethics and running files?”

On Wednesday 23rd June 2010, with the government in turmoil, Julia Gillard asked then Prime Minister Kevin Rudd for a leadership ballot. Read My Story, by Julia Gillard. Buy it here.