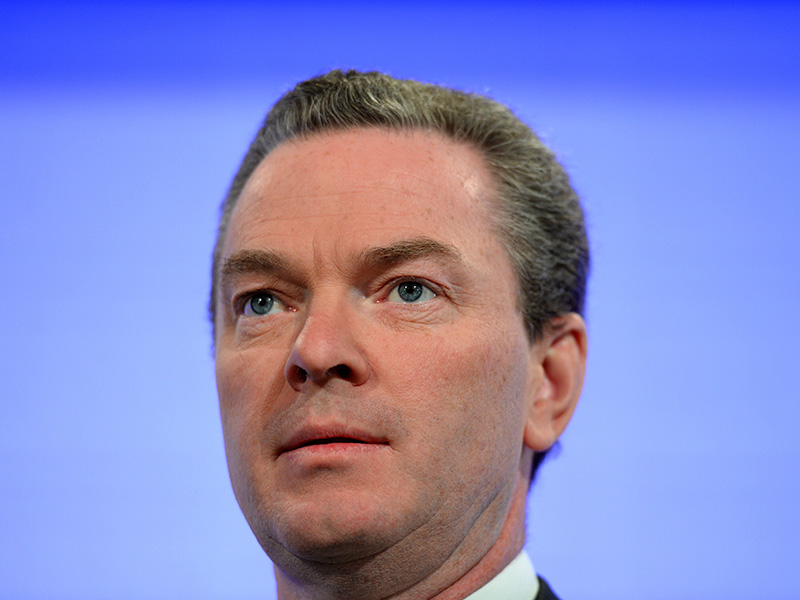 Cabinet minister Christopher Pyne admits he told James Ashby there was “potentially” a chance of working with the Liberal-National Party if he left the Speaker’s office.

Mr Ashby has claimed Mr Pyne indicated there would be a job for him in the party network and offered him the services of a lawyer after he came forward with sexual harassment allegations against his then boss Peter Slipper.

Prime Minister Tony Abbott said on Monday he understood that Mr Ashby took action against Mr Slipper based on nothing other than “because he thought it was the right thing to do”.

“He believed that he had been treated in a way which was not only completely improper and wrong and despicable, but contrary to law,” he told reporters.

Mr Pyne reaffirmed to reporters in Adelaide that he had met with Mr Ashby on three occasions in 2012 when Mr Ashby had expressed how “uncomfortable” he had been working in the Speaker’s office.

“When I had a brief meeting with Mr Ashby we discussed the fact that the Queensland state election was coming very soon,” he said.

“I indicated to him if we won the Queensland state election that would be a chance potentially for him to get out of Mr Slipper’s office.”

But Mr Pyne said the facts showed that no job was provided to Mr Ashby.

The Liberal National Party said in a statement on Monday it had never considered Mr Ashby for a role with any state politician nor had the party been asked to consider him for a position.

Asked whether a lawyer was offered, Mr Pyne said he had advised Mr Ashby that since the staffer was “uncomfortable” in the Speaker’s office, it was “sensible for him to get good legal advice”.

Mr Pyne said he did not intend to give Mr Ashby the impression that legal advice would be organised.

The minister said he stood by his previous comment that he had no specific knowledge of Mr Ashby’s allegations against Mr Slipper, or proposed Federal Court action, until he read about them in newspapers.

Mr Roy allegedly told Mr Ashby a lawyer would be paid for within 24 hours to help him lodge a complaint against Mr Slipper.

Mr Ashby said he went to confirm this with Mr Pyne, who promised he would “have a job in state Liberal National politics or federal” if he wanted it.

Mr Abbott, who stood by Mr Pyne, said the “squalid, sordid, miserable period” had been before the courts and was now over.
Labor frontbencher Andrew Leigh said it looked like Mr Pyne had struck a deal with Mr Ashby to bring down the former Speaker.

“It appears to be a case of `help us get one of our enemies and we’ll assist you’,” he told Sky News.

Mr Slipper resigned from the Liberal party to sit as an independent Speaker after being approached by the then minority Labor government.

Mr Slipper’s lawyer, Simon Berry, pointed out inconsistencies in Mr Ashby’s affidavit and in what he told the TV program.

“There appears to be a whole lot more evidence that wasn’t in his affidavit that … probably should have been in the affidavit,” he said.

Mr Ashby announced in June he was ending legal action against Mr Slipper over sexual harassment and breach of contract.

Mr Slipper said he had been vindicated, although the stress from the case had been “immeasurable and irreparable”.