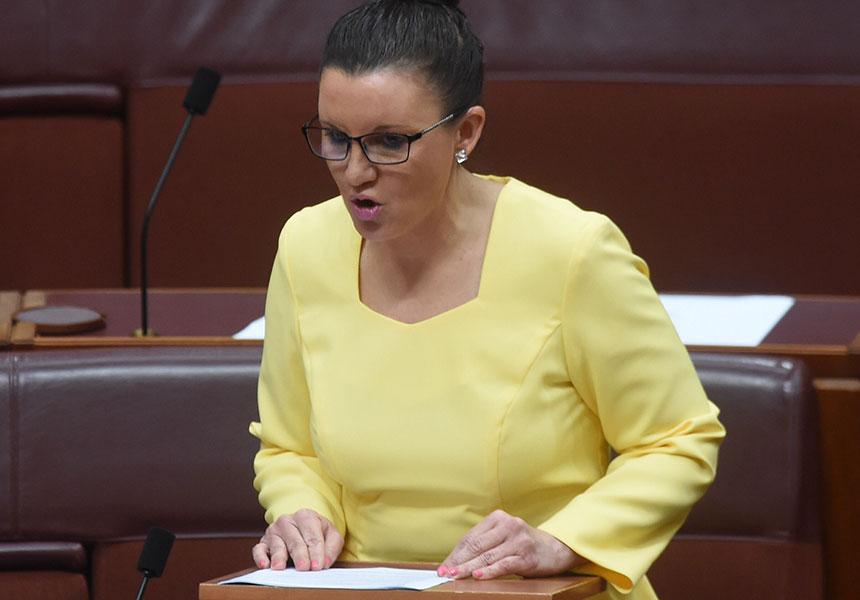 New Tasmanian Senator Jacqui Lambie has used her first speech in parliament to slam defence and the Department of Veterans Affairs for a culture of cover up, lies and official misconduct.

Senator Lambie, Palmer United Party senator and a former soldier who waged a long battle against Veterans Affairs for compensation for an injury, said there needed to be a royal commission into defence.

One of the most compelling reasons, she said, was the case of former Lieutenant Marcus Saltmarsh, who was watching her speech from the Senate public gallery.

He faced a court martial over the death of his best mate Corporal Stuart Jones, shot dead in East Timor in August 2000 while travelling in the back of an ASLAV armoured vehicle.

It was Mr Saltmarsh’s Steyr rifle which discharged. Mr Saltmarsh had insisted the weapon was faulty as there had been numerous cases of inadvertent firing of Steyr rifles in East Timor.

Senator Lambie said he was cleared, but despite repeated requests he was never properly and publicly exonerated and became a scapegoat.

“Abuse and harassment from all ranks dogged his whole military career,”Lambie said.

That included him being sent the autopsy photos of Corporal Jones.

“Was it sheer incompetence that caused these photos to be sent to Mr Marcus Saltmarsh or was it a deliberate, abusive act,” she asked.

Senator Lambie said the appalling treatment of many former defence members stemmed from a complete failure of leadership at the highest levels of the Australian Defence Forces.

“A culture of cover up, lies and official misconduct can be found in both the Department of Veterans Affairs and the Australian Defence Force, and the only remedy to address the gross injustices is for a royal commission,” she said.

“Clive placed his faith in me, embraced my ideas and welcomed me wholeheartedly to his team. I’m proud to be part of the Palmer United Team,” she said.