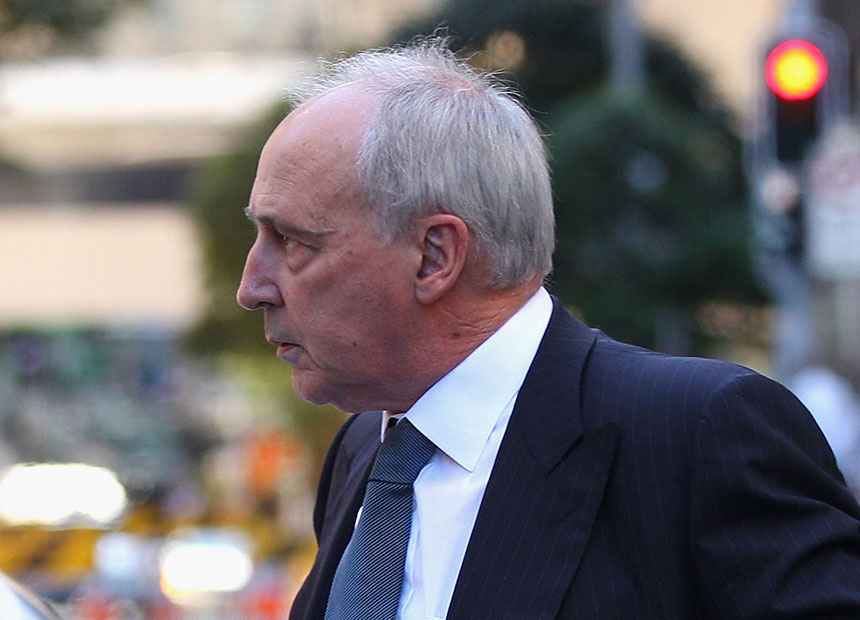 Paul Keating has weighed into the debate over superannuation, accusing Prime Minister Tony Abbott of trotting out a tawdry argument for pausing contribution increases.

The father of Australia’s compulsory superannuation system says the argument that people are better off having extra money in their wages now, rather than in their superannuation doesn’t hold true logically.

If that was the case, people wouldn’t have savings of any kind, he said.

“The government’s connivance with PUP (Palmer United Party) to spike superannuation at 9.5 per cent has little to do with the budget balance this year, or in the early out years, and everything to do with cheap ideology,” Mr Keating said in a statement on Wednesday.

“The Prime Minister and Mr Palmer trotted out the tawdry argument that working people are better off with more cash in their hand today than savings for tomorrow.

“Yesterday’s decision represents nothing other than the wilful sabotage of the nation’s universal savings scheme.”

The government has limited employer superannuation contributions at 9.5 per cent until 2021, as part of a deal with the PUP to repeal the mining tax.

Mr Keating said it was rich of the government to talk about ending the age of entitlement when this decision would force more people to rely on the pension rather than their own retirement savings.

“Yesterday’s decision is an appalling one by a government lacking any genuine or conscientious concern for the nation’s workforce.”