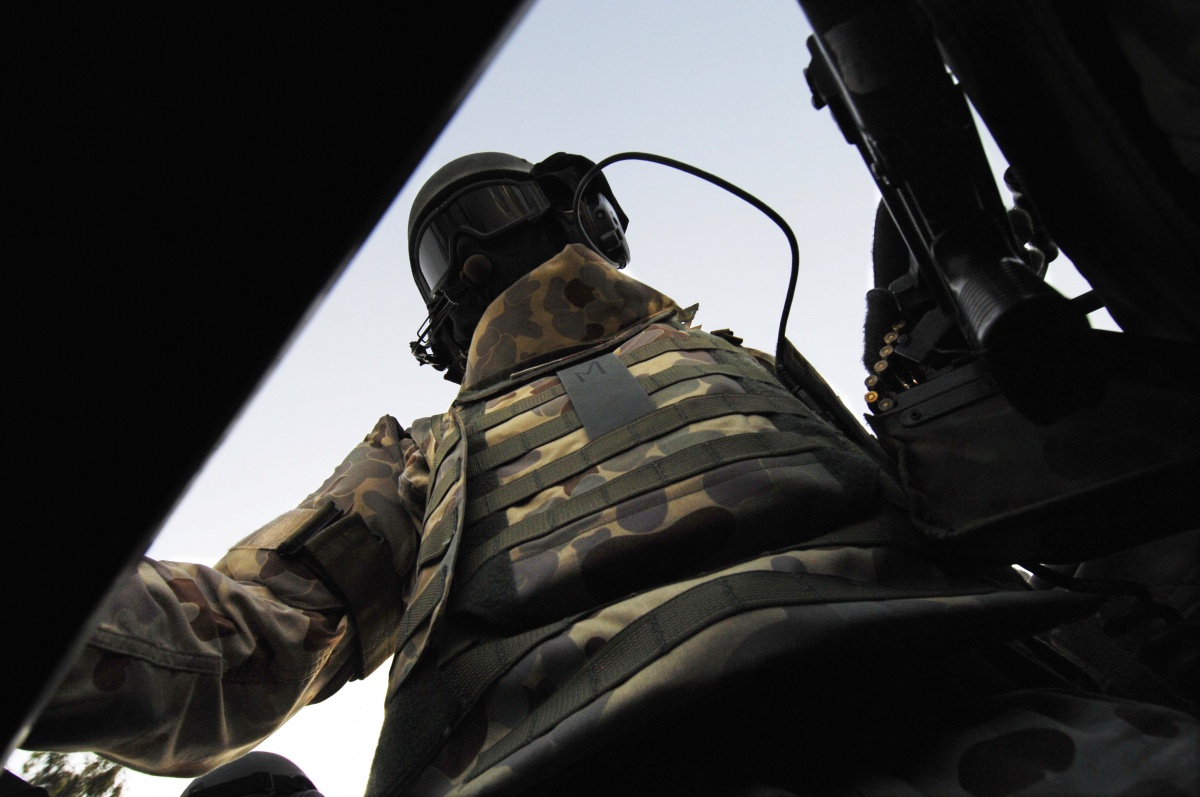 For Australian veterans of the second Iraq War, the prospect of a third conflict conjures up horrific memories and fears for the next wave of young recruits.

“Nobody deserves to live under that kind of oppression, and I think it’s a freedom we take for granted here in Australia.”

Mr Abbott has not ruled out a future military role, but dismissed speculation of ground troop deployment.

“What President Obama has said all along – and what I say likewise – is that we are ruling out combat troops on the ground,” Mr Abbott said on Monday.

For those who have already tasted the dust and blood of Iraq, this is some consolation.

Scott May, 31, from Pakenham, Victoria, served six months in Iraq in 2007 and six months in Afghanistan in 2008, and won a Silver Commendation medal for attempting to save the life of a wounded female US soldier.

Mr May does not welcome the possibility of a military return to Iraq because “war isn’t something to be glorified”. After returning home, he was diagnosed with battle fatigue and depression.

“Having been to Iraq and Afghanistan and seeing the atrocities that come from war, I definitely, I’m not flying a flag to go to war.

“What you see and what you experience isn’t something you would want someone else to experience,” he says.

Jamie Stait, 30, from Morwell, Victoria wants no other young man to suffer the debilitating PTSD and other mental illnesses that war inflicted upon him – the horrible “after effects”.

Mr Stait sees his efforts and those of his comrades as “ruined” by IS.

“All the hard work, and all those years, and the people who died over there for it, I just feel it’s been shot to bits by this ISIS group,” he says.

James Prascevic also served in Iraq in 2005-06, as well as in Timor and Afghanistan. After breaking a leg during training to become a Commando, the 35-year-old suffered for two years from PTSD.

Mr Prascevic is dismayed that the country has devolved yet again into violence.

“There’s no doubt that what’s going on over there is just ridiculous at the moment. We went over there to do a job, and we thought we had done a pretty good job for our part,” he says.

Despite his mental scars, and the seemingly endless cycle of violence in Iraq, Mr Prascevic says he also understands why the Government has agreed to a military response.

Like each of the veterans interviewed by The New Daily, he voices torn loyalties – a reticence to see yet more causalities of war, but also a loyalty to his chosen vocation, to serve and protect.

“If I wasn’t in this situation I would be in there in a second,” Mr Prascevic says.

Scott May agrees that the Islamic State must be stopped, and supports the government’s “measured” response.

“As the Western world, everyone’s quite happy to sit there and say it’s bad and start a campaign on Facebook, but unfortunately in this instance the only way to stop it is to meet force with force,” Mr May says.

What convinced him of the evil of the Islamic State were graphic images of slaughtered Christian women and children.

“Having been over there and spoken to the kids and having dealt with the locals in Afghanistan and in Iraq, nobody deserves to live under that kind of oppression, and I think it’s a freedom we take for granted here in Australia,” Mr May says.

No matter their injuries, Australia’s war veterans still yearn to protect, while also dreading the fallout for the next generation of warriors who may yet again do battle in Iraq.

Amber Heard’s sister and friend give evidence
‘Should have been a penalty’: Boy crash-tackled by PM gives his verdict
Apple sued over ‘ear shattering’ AirPods alert
Russian Google to file for bankruptcy
Man arrested at NSW school for bestiality
Concern about COVID-19 deaths in aged care
Surrogate dad on abuse charges
Today's Stories