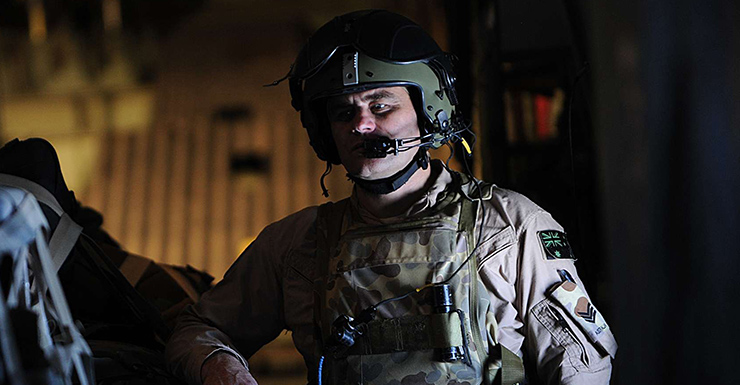 In 2003, the coalition of the willing snubbed its nose at world opinion and invaded Iraq to rid us of the threat of Saddam Hussein and his weapons of mass destruction.

“The decision in 2003,” Labor’s Bill Shorten told Parliament, “was based on false evidence and a false premise.” It was a decision taken by the Prime Minister alone, parliament debated it, Labor opposed it. There was no vote.

Andrew Wilkie was a whistle blower at the time. He quit his job as an intelligence analyst at the Office of National Assessments to spectacularly and accurately claim there was no evidence to support the invasion’s stated raison d’etre.

He now says, “to become gun runners for the Kurds at the direction of the United States in a combat support role that is clearly making us an actor in a war and that must be a decision for the parliament.”

The Greens tried in vain to have it debated in the Senate. The Government and Labor blocked the move.

“This is not 2003,” asserts Bill Shorten. “(Then) we went to Iraq without international support and without the support of the majority of the Iraqi population.”

And that’s a big difference, insists Tony Abbott. “This is no invasion against the Iraqi government.”

Like the US he has no intention of committing combat troops on the ground. He says the intervention so far has the support of the Iraqi people and its interim government. Although he’s waiting until a new, more inclusive administration is sworn in next week before he would be willing to commit more of our military. But that is a mere formality.

He’s on much firmer ground than John Howard was, no one can credibly deny the barbarity, the beheading, crucifixions, sexual slavery and mass executions blatantly put on line and seen almost nightly on TV.

But there are dangers for the Abbott Government. Despite the Prime Minister’s insistence that any widening of our role would be strictly contained, he is putting Australian personnel in harm’s way.

“Many Australians are understandably apprehensive about the risk of becoming involved in another long and costly conflict in the Middle East,” he told Parliament.

Clearly he sees the political risks as worth taking. Newspoll has found almost two thirds of Australians back his anti terror ‘Jihad’. Will he want to or be able to resist “mission creep.” The Greens certainly don’t think so. Christine Milne says we are already seeing it. The Defence Minister could hardly contain himself on Lateline describing how our FA/18 jet fighters were at the ready and our SAS well prepared.

Labor’s Tany Plibersk sees the current dire situation as the legacy “of the disaster that was the 2003 invasion.”

That was supposed to make the world and us safer. Instead we are now being told an even bigger threat and menace than Saddam and Al Quaeda has emerged.