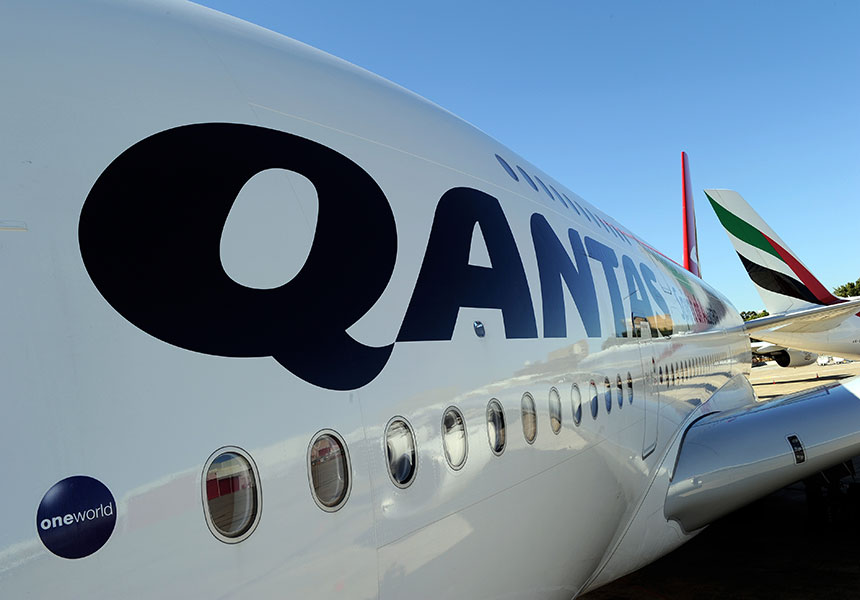 Yesterday’s annual result was not one of the flying kangaroo’s finer moments.

Even disregarding the headline-grabbing $2.84 billion headline loss, once you exclude one-off costs and writedowns, we are still talking an underlying loss, before tax, of $646 million.

But let’s get this on the table to start with: it’s not all Alan Joyce’s fault. Qantas faces an incredibly challenging environment. An explosion in foreign state-backed competition, rising fuel costs, a volatile dollar, and unusual government restrictions, all represent significant headwinds and none of them are management’s fault.

It doesn’t actually matter very much if management is primarily to blame or not for the challenges Qantas faces. Regardless, it is their job to sort it out.

Yet it doesn’t actually matter very much if management is primarily to blame or not for the challenges Qantas faces. Regardless, it is their job to sort it out.

So on behalf of Qantas pilots, who are, by far, the employees with the greatest collective institutional memory, may I humbly propose three suggestions for Qantas leadership to consider.

Suggestion 1: The ‘transformation’ program needs to focus less on cuts and more on the investment required to beat a path back to growth. Yes, cuts are unavoidable. Yet although managers like framing cuts as tough decisions, they are the easy half of the reform equation. Far more challenging is pulling the right strategic investment levers to create future growth.

Frankly, Qantas management has done a poor job of this since privatisation in the 1990s, primarily through bad aircraft choices. Neglecting to purchase fuel-efficient B-777s when most other leading airlines did was foolish and has cost the flying roo dearly. Because of this earlier error, Qantas literally cannot afford to repeat a similar mistake.

Qantas International is a prestige brand and passengers rightly demand the highest quality. For the business to be successful Qantas needs to be offering the right aircraft. If Qantas is to compete on international routes, it needs to be using efficient, comfortable aircraft. Today that means investing in new B-787s.

Of course, considerable expense would be involved, but that’s business. You need to invest strategically if you want to generate growth. Slashing away and simply hoping things will turn around can never be a solution. You can’t win back passenger faith with a program of burn-offs. You can’t cut your way to long-term success.

Management did commit yesterday to not pursuing future offshore ventures. This is welcome. Far too much of Qantas’s time, energy, and money has been invested on high-risk, poorly thought-through ventures in Asia, like Jetstar Vietnam and Jetstar Hong Kong. Eyes have been taken off the ball closer to home.

Suggestion 2: Start repairing relations with politicians on all sides in Canberra. Qantas desperately needs to fix its relationships with those who hold power on Capital Hill. Grounding the airline during a Commonwealth Heads of Government Meeting and embarrassing the government by stranding world leaders is one thing. But there’s little to suggest Qantas’s relationship with our national leaders has improved much since then. Politicians typically seem as confused as the rest of us about where Qantas is going and what management is up to.

This needs to be fixed urgently, because international aviation demands government involvement. It is not a rational, free market system. The vast majority of international airlines are state-owned.

The Australian Government cannot afford to simply turn away and expect Qantas to play by free market rules not being observed by anyone else. But the onus is on Qantas management to start repairing those burnt bridges.

Suggestion 3: Start engaging meaningfully with your workforce. The links between management and staff have deteriorated terribly in recent years. Morale and engagement among Qantas pilots is at an all-time low, and I know the situation is similar across other employee groups. Staff feel not only that they have been left out of the loop, but often that they have been actively deceived.

This is not a side-issue. Airlines are a service industry. Passenger satisfaction turns on the attitudes and engagement of staff. The most successful airlines on the planet also tend to be the ones where staff engagement is highest. That’s no coincidence.

None of this is to suggest the job facing Alan Joyce and his team is an easy one. Of course it’s not. But that’s all the more reason to get a good grip on the aspects they can control before things get properly out of hand.

Nathan Safe is President of the Australian and International Pilots Association and has been a Qantas pilot for 11 years. He has flown both Boeing 747s and 737s.