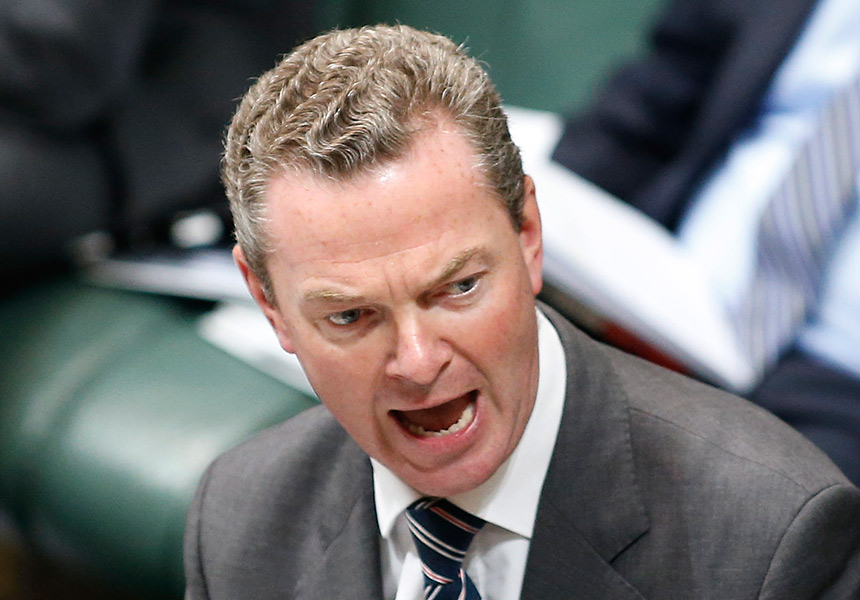 Mr Pyne will put legislation for his proposed shake up of the sector to parliament on Thursday.

Its passage through the lower house is assured but the Senate still poses an obstacle.

“The Palmer United Party won’t be thanked by the universities at the end of the year if they’ve kept the status quo,” he told Sky News on Thursday.

“Nobody in the university sector supports the status quo.”

They needed more money but the taxpayer did not have any to give, he said.

It expects to save more than $4.3 billion over the next four years.

The coalition party room unanimously endorsed the package on Tuesday, with one MP calling it a “tour de force”.

Labor, the Greens, PUP and a couple of other crossbenchers have staunchly opposed the reforms.

But Mr Pyne is still hopeful he’ll be able to change their minds with help from university vice-chancellors.

He’s confident a deal can be done by the end of the year.

The changes are expected to start from 2016 so the next year will be needed to make arrangements for them.

Labor’s education spokeswoman Kate Ellis says the opposition will not negotiate on the “extreme and damaging” university reforms that lump students with more debt.

“We will not turn back the clock on decades of progress in access to higher education,” she told reporters in Canberra.

“We will not see an Australia where young people have to make a choice – do they pursue a higher education, or do they start a family and look to get a mortgage?”