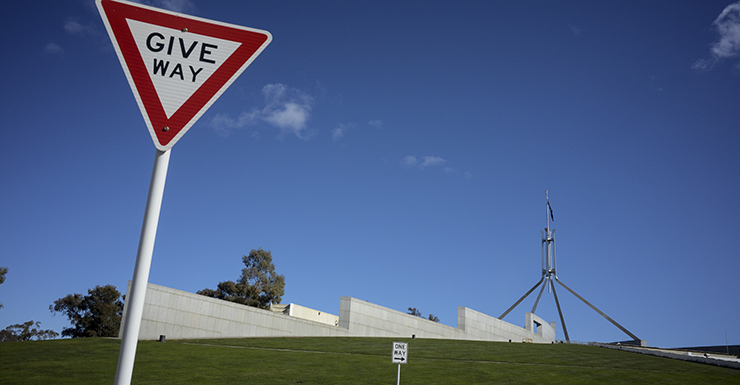 Parliament returns for its spring session with the Abbott government in the same position it left the winter sittings – locked in difficult negotiations over unpopular budget measures.

They all acknowledge there has been progress in discussion with the government since mid-July, but not enough for an agreement.

After weeks of talk about deficit and debt emergencies only one budget measure has been listed for debate when parliament resumes on Tuesday.

The Senate will consider legislation that increases the co-payment on taxpayer-funded prescription medicines.

The additional revenue is earmarked for the Medical Research Future Fund.

The measure will be the first test of support for other health changes, especially the proposed $7 Medicare co-payment which is opposed by all but the government in the Senate.

Education Minister Christopher Pyne has flagged that on Thursday he will introduce his contentious university reforms, which include deregulating fees, cutting per-student funding, and increasing the interest rate on HELP debts.

While he’s failed to sway crossbenchers, the minister remains confident the changes will clear the Senate eventually.

“I know it sounds probably like hype over reality, but I believe the momentum is with the reforms,” he said.

Aside from the budget, the Senate will debate a controversial move to set up state-based one-stop shops for environmental approvals.

Legislation to abolish Health Workforce Australia and the Australian National Preventative Health Agency is also on the agenda.

The Bureau of Meteorology is likely to win parliament’s backing to allow advertising on its website – one of the most popular in the country.