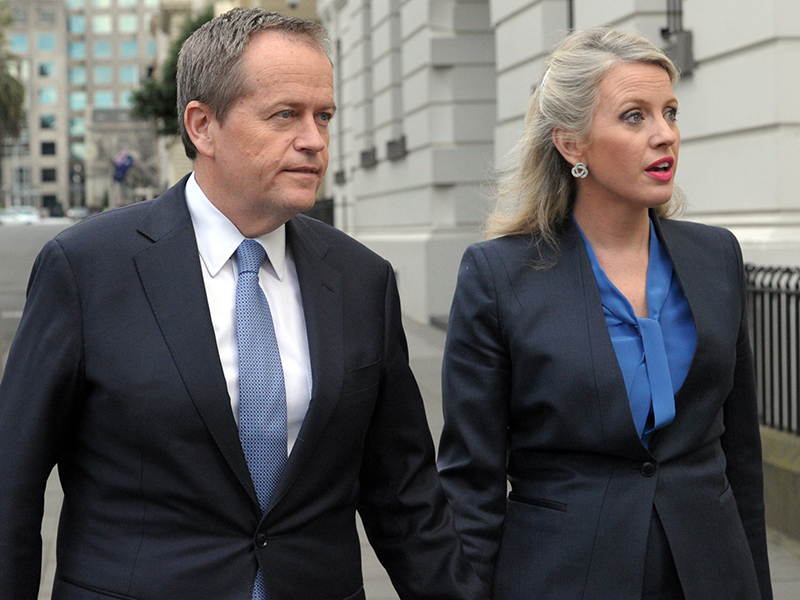 Bill Shorten had little practical alternative but to name himself as the person police had been investigating in relation to an alleged rape in the 1980s.

The opposition leader told reporters that the “easy option would have been to say nothing”. But that would not have been a sustainable option, let alone a politically wise one.

If he hadn’t outed himself, it would have been only a matter of time before Shorten was identified in the mainstream media – possibly quickly but certainly as the election grew closer.

It was widely known in political circles that he was the “senior Labor figure” involved.

Sources say there were different views among those Shorten consulted about whether to identify himself, although the “people who counted” believed it best to do so. There was some surprise, however, that he reacted so quickly; it had been expected he might leave it a few days after the police indicated the matter was being dropped.

The question now is whether this will be the end of the matter.

We have not reached the stage of American politics but we’ve seen in recent years how issues from politicians’ pasts can suddenly materialise and then be deployed against them.

Julia Gillard when she was PM faced a relentless campaign about her behaviour as a young lawyer decades previously, when she was the girlfriend of a dodgy union figure. The current government is still pursuing her, as part of its royal commission into union corruption.

During his period as opposition leader Tony Abbott found his youthful bad behaviour at university re-aired in confronting detail.

It would be naïve to believe these sorts of attacks are a modern phenomenon: what is new is the ability to spread them so widely and powerfully via both social media and the 24 hour news-and-talk cycle.

The story in relation to Shorten is this. A woman claimed last October (immediately after he became opposition leader) that Shorten had sexually assaulted her at a Young Labor camp in Victoria in 1986, when she was a teenager (and he was 19). He’d knocked at her door at 4 am, pushed her into a bathroom and raped her, she alleged. Her claim was posted on Facebook.

Victoria Police began an investigation. “I freely answered all the questions that the police asked of me,” Shorten said on Thursday.

The Victoria Police have now said in a statement: “Investigating police sought advice from the Office of Public Prosecutions, which advised that there was no reasonable prospect of conviction … Victoria Police will not be proceeding with criminal charges”.

The question now is whether this will be the end of the matter. “The decision speaks for itself. It is over,” Shorten told his news conference, at which he also said “there is absolutely no basis to the claim” which had been “made by someone that I knew briefly at that time”. He was careful not specify the allegation, which he described as “abhorrent”.

A central factor in how things move from here will be the woman’s reaction. Worrying from Shorten’s point of view are comments she made after learning the matter was advancing no further. The Australian quoted her on Thursday (before Shorten spoke) saying she was “really, really angry. This has been going on for 28 years. I think anybody who hears my story will know I am telling the truth”.

It’s hard to think some in the media won’t pursue the woman who, if she’s determined to try to damage Shorten politically, might make an appearance.

If she did offer more public statements, it would be a testing time for Shorten. But the woman – who waited a very long period to make her claims public – would also be exposed to closer scrutiny.

There’s always a fine line when dealing with politicians’ pasts. Of course serious allegations about their conduct must be looked into by the appropriate authorities. On the other hand, vendettas and political smears via social media, when there is little redress, are dangerous for the body politic.

Sometimes it is difficult to know which is which. Witness the passionate arguments over the claims against Gillard: her critics believe she did all sorts of bad things and the law should pursue her; her supporters see her as victim of a political and sexist witch hunt.

Revelations and allegations about then Labor leader Mark Latham went to the issue of character, and sowed doubts about him.

The stories about the young Abbott reinforced already negative impressions, especially among women, but at the election they did not cost him.

The events in Gillard’s past were much more damaging, hanging heavily around her neck despite her efforts to provide explanations and protest her innocence.

Public and internal party polling in the coming weeks will give a first indication of whether the public’s estimation of Shorten has been affected.

Post budget, the opposition leader has been competitive with Abbott as preferred PM. Labor has been doing well for most of the government’s first year, enjoying two-party leads. Whatever in fact drives the coming polls, the results will be viewed against the background of Thursday’s bombshell.

Key Labor people admit they have no idea what, if any, the impact will be. They’re not sure how opinion will go: whether people will think where there’s smoke, there’s fire, or see it as just someone having made a wild allegation.

As one Labor man puts it, this is “completely new territory – who’s ever been there in Australia?”

Michelle Grattan does not work for, consult to, own shares in or receive funding from any company or organisation that would benefit from this article, and has no relevant affiliations.