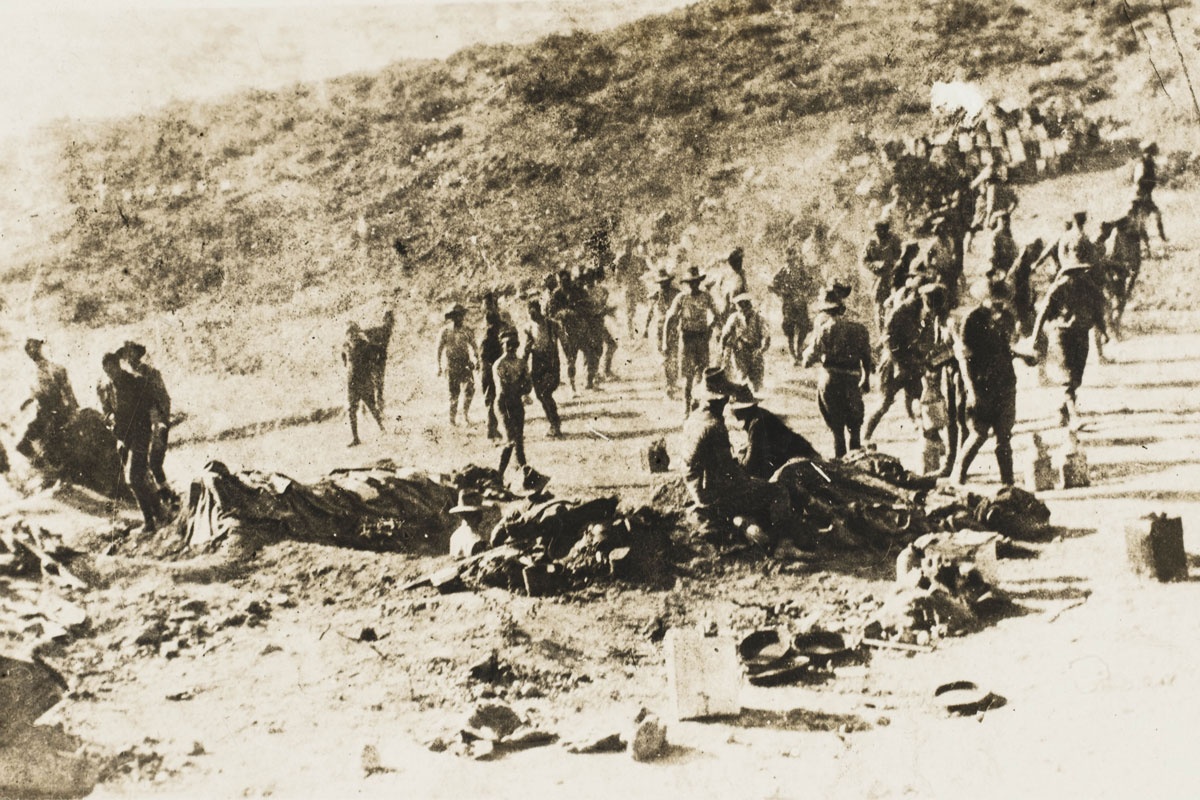 The festival of the Digger is coming to a fairground near you. Hold tight for a rollercoaster of manipulated emotions; brace for a barrage of Anzackery.

We are about to be swamped by commemoration to mark of the centenary of the First World War. It was a world war, but we, naturally, will focus on Australia’s role in it. We’ll spend more on commemoration than other nations that played a bigger role and paid a heavier price.

There will be sports carnivals, re-creations and concerts. Commemorative medals will be minted, “documentaries” will dominate TV, old memorials will be spruced up and new ones built. “Interpretive” centres will mushroom, roads will be renamed, special classes will crowd the school curriculum. Politicians will elbow their way to the front rank. Journalists will sharpen dull clichés to twist the truth. Brewers will make a killing.

At its worst, our war dead will be turned into Disney Diggers. Instead of honouring them, we rob them of the dignity they deserve.

All this will feed what sceptical historians call Anzackery – an overblown remembrance that places a distorted Digger myth at the centre of our national identity.

Consider Camp Gallipoli, a series of community sleep-outs at showgrounds in Australia and New Zealand on April 24 and 25 next year, the centenary of the Gallipoli landing.

Snug in your swag, you’ll sleep “under the same stars as the original Anzac heroes did 100 years ago”.

It promises a rollercoaster of emotions as you honour “fallen” Diggers. But those emotions won’t evoke the terror, despair, confusion, and bloodlust that the real soldiers felt.

Camp Gallipoli is organised by prominent citizens. It’s endorsed by the Anzac Centenary Advisory Board,  Federal Education Minister Christopher Pyne, and the departments of Defence and Veterans Affairs, as well as the RSL and Legacy Australia which will receive any profits.

It describes itself as a respectful blend of celebration and commemoration. Beyond referring to an undefined “Aussie spirit”, it doesn’t say what there is to celebrate in the disastrous Gallipoli campaign, which killed 8,141 Australians.

It’s not clear what participants will learn, although there’s a hint in screening the Gallipoli movie, in which our citizen soldiers are heroic victims, sent to their deaths by blundering British – not Australian – officers. Beyond the distasteful marketing, what’s wrong with mixing entertainment and commemoration?

James Brown, a former army officer, argues it’s “entirely fitting and proper” to commemorate the war, but he’s repulsed by the way “Anzac is being bottled, stamped and sold”.

Australia will spend $625 million on the centenary – 200 per cent more than Britain, he says in his recent book, Anzac’s Long Shadow: The Cost of Our National Obsession.

Once, we honoured our war dead with silent contemplation. Now, he says, “we’re about to embark on a four-year festival for the dead which in some cases looks like a military Halloween”.

It’s not just the historical commercialism that makes Brown uneasy.

Brown, a veteran of Iraq and Afghanistan, argues the Anzac obsession, combined with public ignorance of what soldiers do when sent to war, has damaging implications. It dumps an unsettling burden on contemporary veterans who feel forced to live up to an ideal that doesn’t match their experience.

Beyond that, the myth inhibits the army from learning from experience. Instead, the study of its past is “obscured by the military exceptionalism that the digger myth engenders”.

The chief of the army, Lieutenant General David Morrison, has similar concerns.

The myth has become a double-edged sword, Morrison said in a speech last year. He complained that the idealised image of the Australian soldier – “a rough hewn country lad – invariably white – a larrikin who fights best with a hangover and who never salutes officers, especially the Poms”, is “a pantomime caricature”.

It undermines recruitment and “breeds a dangerous complacency about how professional and sophisticated soldiering really is”.

Lt-Gen Morrison returned to the theme in May this year.

“The myth of the gifted amateur is the most dangerous which the romantics propagate,’’ he said. The first Anzacs were woefully unprepared and paid the price for national neglect of defence. The Gallipoli landing, he said, “was not our finest hour”.

Tom Hyland is a Melbourne journalist.

No honour in commercialisation of ‘Disney’ Diggers