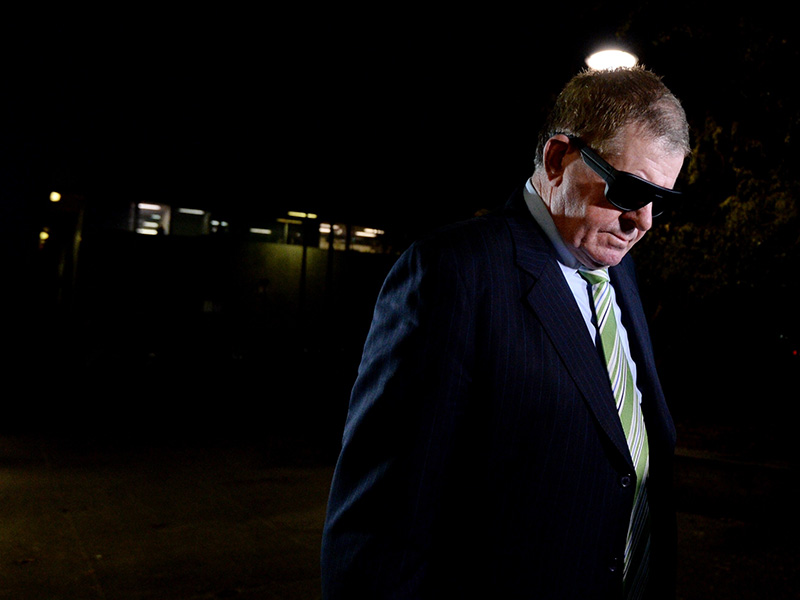 It was only about $900, but it was taxpayers’ money and with his conviction for misusing it, Peter Slipper’s fall from grace is complete.

Not that the former Speaker of the House of Representatives, and one of the most derided and controversial characters of Julia Gillard’s tumultuous hung parliament, had much farther to fall.

He’d already been labelled a Liberal rat, been caught up in an ugly sexual harassment case, and had voters in their thousands in his safe coalition seat turn against him.

Slipper, 64, a lawyer and leading official of the conservative Traditional Anglican Communion, had long been a political gadfly.

He first came to parliament as a National by winning the Queensland Sunshine Coast seat of Fisher, for a single term, in 1984.

After a redistribution favoured the coalition, he came back in 1993, this time as a Liberal.

Slipper became a parliamentary secretary in 1998, but that was as far as he got up the executive pole, although he was active on parliamentary committees.

As Speaker, he became a further figure of fun and ridicule with his restoration of traditional trappings like fancy clothes and a procession, complete with mace.

Slipper also did his standing within his party no good when he accepted Labor nomination as deputy speaker, against a coalition nominee, after the Gillard minority government was formed.

Back in the seat of Fisher, there were moves to get rid of him. He fought back, accusing Brough of branch-stacking and threatening to resign from the party if he was disendorsed.

But in 2011 he effectively disendorsed himself.

Labor, desperate to maintain its numbers after Craig Thomson had to go to the crossbench over rorting trade union funds, offered Slipper the speakership. This would enable Harry Jenkins to return to Labor’s voting ranks and take Slipper’s vote from the opposition.

To coalition fury, Slipper went along with it.

As Speaker, he became a further figure of fun and ridicule with his restoration of traditional trappings like fancy clothes and a procession, complete with mace.

Yet he was a good Speaker. He was firm and fair, keeping the place in better order than most. He even sat Gillard down for waffling. Not many Speakers shut down prime ministers.

But it didn’t last.

In 2012 he was enmeshed by further fraud allegations and claims of sexual harassment by a former staffer, James Ashby.

After much manoeuvering and loss of support from two crossbenchers, Slipper resigned as Speaker in October 2012, after less than 11 months in the position.

He went to the crossbench until the 2013 election, when Brough won Fisher and Slipper, standing as an independent, gained a humiliating 1.55 per cent of the vote.

The various allegations rattled around the courts.

The Ashby matter was initially thrown out of court as an abuse of process and reinstated on appeal.

Ashby finally pulled out in June 2014, shortly before it was due to go to trial. One of his reasons was Slipper’s “deep pockets”, meaning the taxpayer was funding him.

The fraud allegations came down to three charges of misusing government CabCharge vouchers on three tours of wineries in the Canberra area.

And that hearing only went ahead after an ACT magistrate threw out an application to have him declared mentally unfit to stand trial.

The former Speaker was, the court heard, suffering depression, experiencing alcoholism, had separated from his wife and was struggling financially.