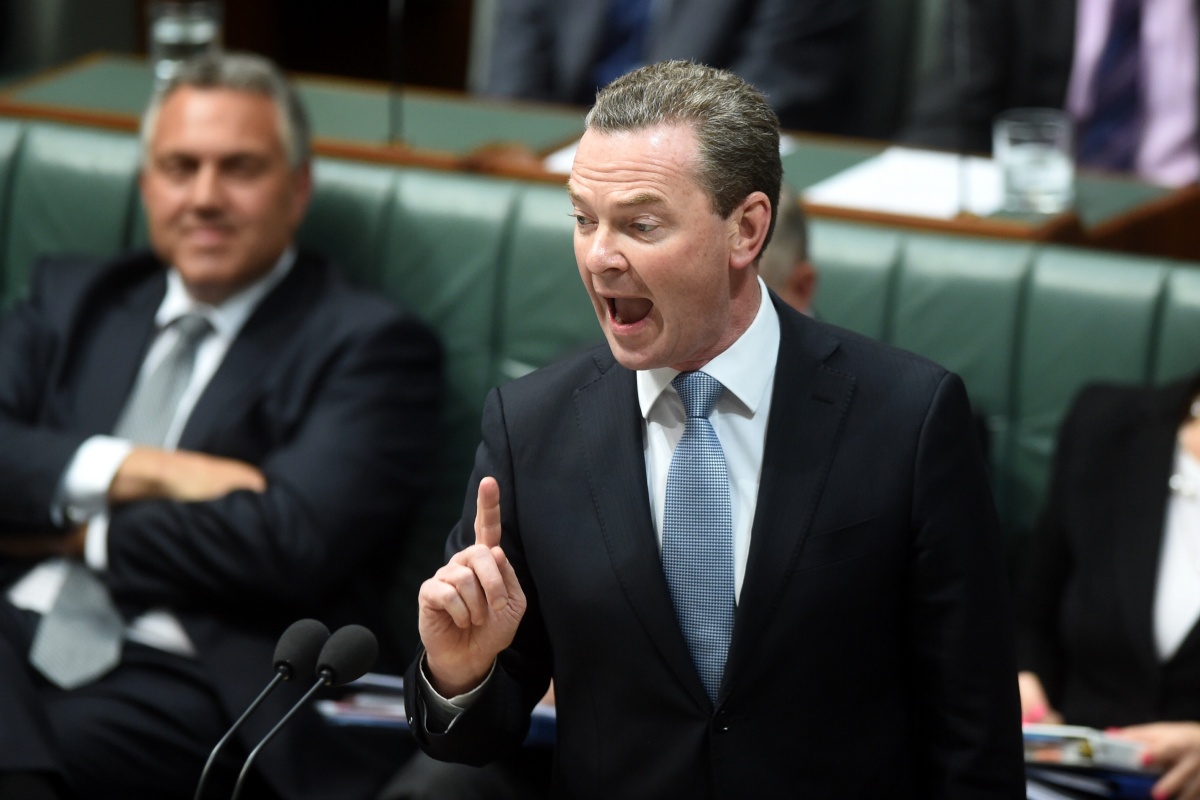 The House of Reps is winding up its bleak midwinter session in hubris and blood lust.

Hubris because the government has finally had its way and abolished the dreaded carbon tax.

Blood lust as Bronwyn Bishop kicked out nine Labor MPs, almost one sixth of their membership.

You could hardly begrudge Tony Abbott and his suddenly merrier men (and women) a bit of chest thumping. They’ve been trying to axe the tax since the first day of this parliament.

However early in question time the government spent more time trying to damn Labor as the carbon tax’s lover.

“Labor’s in love with the carbon tax,” Tony Abbott said.

Joe Hockey kept the theme going with “one thing’s for sure, they’ll bring back the carbon tax”.

Warren Truss contributed “Labor is a friend of the carbon tax.”

Chris Pyne, as he often is, was more florid. He promised to hang the tax round Bill Shorten’s neck “like a rotten, stinking carcass”.

There was also triumphalism.

Pyne declared it a great day for families and business and Bruce Billson hailed the “historic day”. Greg Hunt played the town crier. “The carbon tax is gone!” he announced, as if no-one had noticed.

Labor generally kept away from the tax, preferring to concentrate on the “unfair” budget.

However one Labor MP, Pat Conroy, did ask Abbott a cunning question.

He recalled that Abbott, during his crusade against the tax when in opposition, had warned that it would destroy Whyalla.

Conroy asked with a straight face, when would the South Australian city’s reconstruction start?

Bishop declared this a “curious” question that Abbott didn’t have to answer.

However the PM didn’t duck and said a bit about cities like Whyalla being in big trouble.

• Try out our interactive carbon tax timeline below

Why Bishop cut such a swathe through Labor’s ranks wasn’t obvious. The noise and the interjections didn’t seem more boisterous than usual, though there is a certain skittishness, on both sides, on break-up day.

Eight of Bishop’s victims copped the usual one hour. But Ed Husic was “named”, so suffered a full 24-hour suspension. Part of his sin was saying something unkind about Truss.

It was hard to hear in the uproar but it was along the lines of “at least I won’t have to listen to Trussie”.

Husic should be grateful there’s nothing in the standing orders that Bishop could use referring to a slow and painful death, preferably involving boiling oil.

Hubris and blood lust in the House of Reps