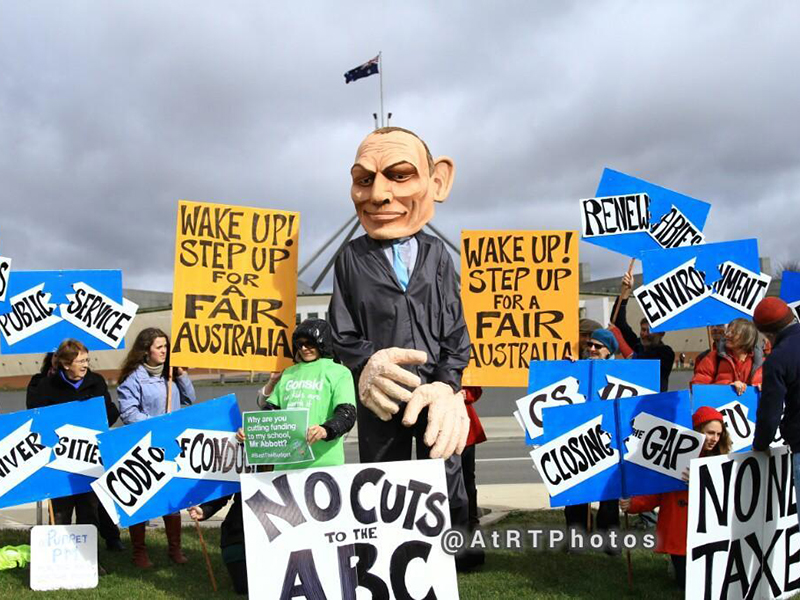 Thousands of people have attended rallies across Australia to protest the Abbott Government’s first budget.

Union groups including the Australian Council of Trade Unions (ACTU) marched at the protests.

ACTU secretary Dave Oliver says a wide range of people, including families, students, retirees and pensioners, were marching to send a strong message to the Government.

“This budget is going to hit the most vulnerable in our society,” he said.

“What this budget is doing is sending our country down the same path to where the United States is today … they have a country that is divided by a nation of haves and have-nots.”

Budget came out in May… still marching, protesting in July. Will be until Defiant December…and beyond. #bustthebudget

#Abbott This Is What A Real #Mandate Looks Like! Get Use To It We Are Not Going Away! #BustTheBudget #Auspol pic.twitter.com/pvEIm9gpaJ — William Jones (@william7424) July 6, 2014

Media only counting Greens,Lefties & Unions at #bustthebudget across Aust. Must have thought 10x’000’s of ordinary ppl were onlookers