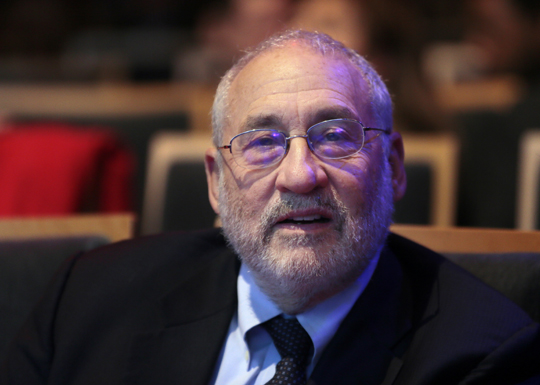 The Abbott governments’ plans to deregulate universities and introduce a Medicare co-payment have been slammed by Nobel prize winner Joseph Stiglitz.

Professor Stiglitz, who won the Nobel prize for economics in 2001, said countries that “imitate the American model are kidding themselves” and did not “fully understand the logic”.

“Trying to pretend that universities are like private markets is absurd,” he said.

“The worst-functioning part of the United States educational market at the tertiary level is the private for-profit education system. It is a disaster. It excels in one area, exploiting poor children.

“If you’re rich your parents can pay the fees, but if you are poor you are going to worry about how much debt you’re undertaking.

“It is a way of closing off opportunity and that’s why the United States doesn’t have educational opportunity.

“While we in the US are trying to re-regulate universities you are talking about deregulating them. It really is a crime.”

On healthcare Professor Stiglitz said Australia also had one of the best systems in the world.

“Why would anybody make reforms to try to make your system like the American system?” he said.

“People don’t make a decision about medical tests and procedures based on price. Maybe for cosmetic surgery they do, but for poor people, price signals push them out.”

Do you agree with Professor Stiglitz’s assessment of the federal budget?