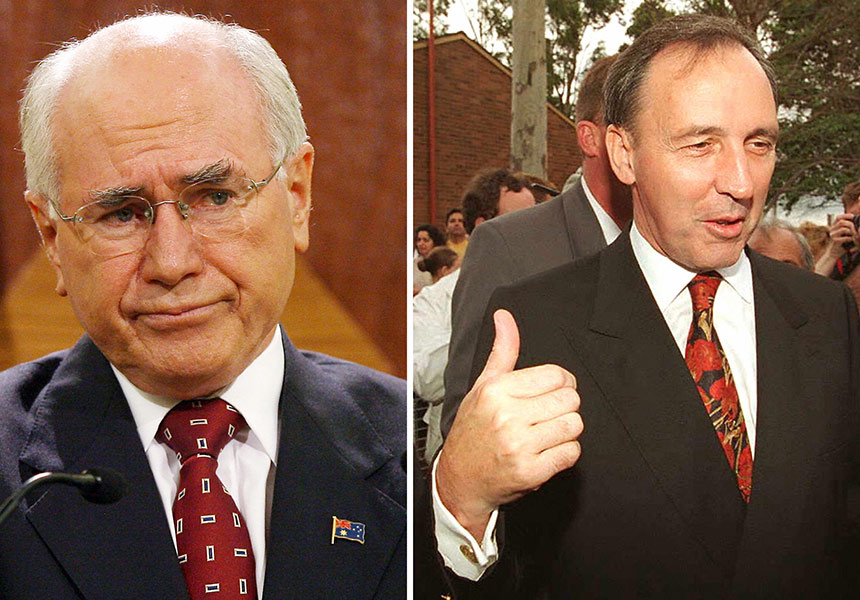 Tensions have escalated between Ukraine and Russia after the Ukrainian foreign minister called Vladimir Putin, the Russian President, a “dickhead”.

The remarks, made by Andrii Deshchytsia at a rally outside the Russian embassy in Kiev, were caught on camera, which has caused a furore from Moscow.

On the domestic front, former treasurer Wayne Swan was ejected from parliament for calling Tony Abbott a “liar”. Oooooohhhhh.

When it comes to verbal pugilism in politics, the juvenile efforts of Mr Swan and Mr Deshchtsia do not even rate a mention.

Here, we bring you a collection of some of the wittiest one-liners, quickest comebacks and most poignant insults in political history.

• “Debating with him is like being flogged by a warm lettuce.”

And who could forget this classic?

It wasn’t just Mr Hewson who felt the lash of Mr Keating’s tongue. Here are some of the zingers he let fly at former prime minister, then opposition leader, John Howard.

This one was directed at (then) Shadow Treasurer Andrew Peacock.

• “I suppose that the honourable gentleman’s hair, like his intellect, will recede into the darkness.”

Australia’s current Prime Minister Tony Abbott, while not known for his rapier rhetoric, has proven why he took up boxing as a younger man: he can certainly cop one on the chin as well as anyone.

• “(Mr Abbott) stands for nothing. He is the Nancy Reagan of Australian politics without the astrology: say no to everything, just rancid, dripping, relentless negativity.” – former Defence Materiel Minister Jason Clare.

The business of lawmaking can be an arduous process. Australian politicians need to do something to pass the long hours in parliament, right? It seems over the last few decades they have spent much of that time devising clever ways to insult each other.

• “That is enough to put me into a cold sweat. If I look tired it is because I have thought of that in the middle of the night.” – Peter Costello on the thought of a Labor government.

• “In a choice between macho and mincing, I would have gone for macho myself, and obviously the Leader of the Opposition [then Malcolm Turnbull], faced with the choice of a doberman or poodle, has gone for the poodle.” – Julia Gillard compares Tony Abbott and Christopher Pyne.

• “Hand in your badge, Adolf.” – Mark Latham has a crack at former immigration minister Philip Ruddock.

• This reparte between Julia Gillard, Bronwyn Bishop and Speaker Harry Jenkins, which had the House of Reps in stitches, is slightly less vitriolic than some of the previous comments, but no less funny. The action kicks off around the 2mins 30 mark.

Throughout history and around the world

Politics has always been a tough business, and insults such as these are nothing new. Here are some of our favourites from the history books.

• Read this one slowly: Sir Winton Turnbull: “I am a country member.” Gough Whitlam: “I remember.”

• Playwright George Bernard Shaw to British Prime Minister Winston Churchill: “I am enclosing two tickets to the first night of my new play, bring a friend… if you have one.” Churchill: “Cannot possibly attend first night, will attend second… if there is one.”

• Former Australian Prime Minister George Reid, who was a large man, responds to a heckler at a public meeting: Heckler: “What are you going to call it, George?” Reid: “If it’s a boy, I’ll call it after myself. It it’s a girl I’ll call it Victoria. But if, as I strongly suspect, it’s nothing but piss and wind, I’ll name it after you.”

• Thomas Jefferson, third US President, on Napoleon Bonaparte: “A cold-blooded, calculating, unprincipled usurper, without a virtue; no statesman, knowing nothing of commerce, political economy, or civil government, and supplying ignorance by bold presumption.”

Did we miss your favourite? Leave a comment below, but please, keep it clean!