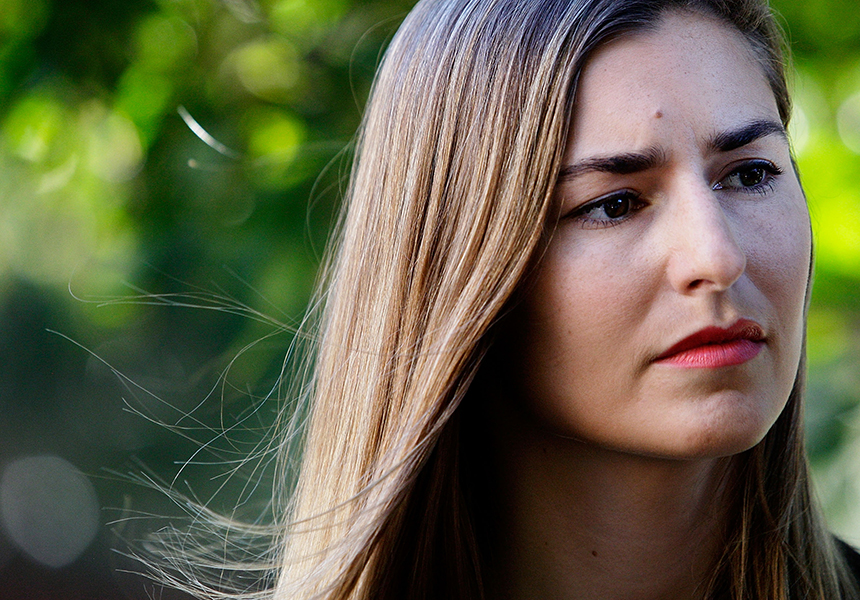 I’m angry about your scholarship. I’ve managed until now to keep a lid on it. I kept my cool when I read the news, broken by The Guardian and New Matilda, that you were the only student at the Whitehouse Institute of Design to receive the $60,636 scholarship.

I was still composed when I read that your dad’s mate, the Chairman at Whitehouse, was the one who recommended you for the scholarship, and that he is a Liberal Party donor.

But then I heard the allegation that perhaps the only other person to ever receive this scholarship was Billy Whitehouse, the boss’ daughter. That tipped me over the edge.

Thanks to this very rare scholarship, it seems you received an almost 90 per cent discount on the cost of your course. If you put your cut-price tuition fee of approximately $7500 on HECS-HELP, then we have something in common. We will both now be charged more interest on our HECS-HELP debts under your father’s government.

The rest of our circumstances are very different.

Unlike you, I will have accrued almost $46,000 in debt at the end of my undergraduate education in journalism and law if tuition fees stay the same. Post-budget, this debt will accrue up to 6 per cent in interest each year from 2016.

And there are other costs of university – costs that you don’t hear much about from those who live in cities. Rural students like my sister and I did not find the transition from high school to university smooth. Many rural and regional students are forced to take a gap year – not to gallivant across Europe, chugging beers and playing tourist, but to work full-time to save for university.

I worked as a receptionist and legal assistant in my gap year, Iived at home and saved $20,000 to pay for my living expenses in Melbourne. My dad chipped in $10,000 over three years. The rest I paid for with savings and part-time work. My board on campus was around $14,000 for approximately 34 weeks a year.

It is fantastic news that the government is setting aside money in the budget for new scholarships for disadvantaged students.

Fortunately for me, Youth Allowance supplemented my savings. I can tell you, it was hard to watch many wealthier students return home from their gap year overseas to claim the same payment, thanks to being ‘employed’ in the family business.

It was hard at university not to notice class differences. As the dux of my regional Lutheran school, in 2011 I was able to get into my first choice of degree – Arts/Law at Monash University.

Many of my classmates had attended the most exclusive schools, and will probably be offered jobs (and maybe even scholarships) through family connections I don’t have.

It is rather depressing to realise that wealth will continue to pool in the hands of these students and their families.

It is the students from these wealthy homes who will earn more; be able to pay off their mortgages quicker; live in nicer neighborhoods; be able to afford private health insurance, dental procedures, medications and diagnostic scans; care less about GP co-payments; funnel more into superannuation; and probably live longer and healthier lives.

The government is right to say that someone needs to pay the bill. Given that, as a university graduate, I will earn more over my working life, it is only fair that I contribute to the rising cost of higher education, and to healthcare as well.

What is categorically unfair, however, is when the burden of payment falls heaviest on the poor and lightest on the rich.

Until every student, gender, religion, race, sexual orientation and socioeconomic class gets an equal share of the benefits, and cops a fair share of the price, of being an Australian, I will be upset about your scholarship, and the unfairness it represents.

Yes, I am naive, as was Joe Hockey at our age. Back in 1987, he led protests against the introduction of a $250 upfront tuition fee (which in today’s dollars would be approximately $550).

I can only hope that as my anger, like that of Mr Hockey, recedes into middle-aged contentment, and that as my HECS-HELP debt is (very) slowly paid down, the unfairness in our society will also fade. Fat chance.

Your namesake, Pope Francis, posted these words on Twitter last month: “Inequality is the root of social evil.”

Inequality is the root of social evil.

For now, I’m angry – not at you – but at a society that appears to reward those who already have so much.