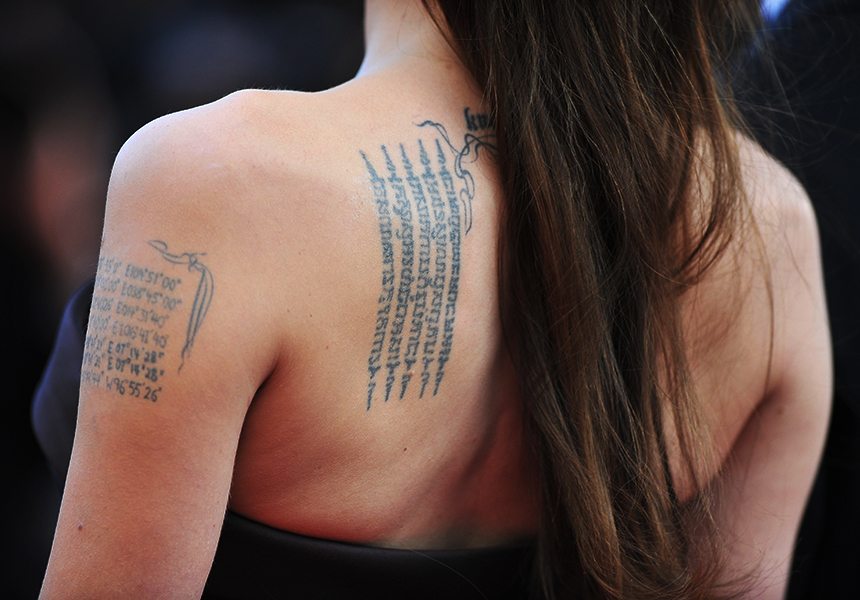 When 29-year-old Sarah Triollo began planning her wedding she decided the dragon tattoo on her arm would ruin the look of her dress, and sought to have it removed.

“The laser feels like when you get a fat burn from frying bacon, multiplied by about 1000,” Triollo said.

Triollo is not alone in experiencing ‘tattoo remorse’. Laser tattoo removal is a fast-growing industry offering the chance to undo what was once a permanent decision.

As more people begin to regret their body art, laser clinics are springing up across the country. Erasing a matchbox-sized tattoo will cost up to $2000 and require two years of painful treatment in appointments spaced up to two months apart.

According to the American Academy of Dermatology, tattoo remorse is common, with 17 per cent of people choosing to have their body art removed.

“I thought I understood the implications of getting the tattoo when I was 18, but I didn’t,” Triollo said.

For 20 per cent of patients, such as Paul Spencer from Collingwood, painful blistering can be a side-effect of the treatment.

“My skin bubbles up like it’s burnt with acid and takes about a week to heal. It’s very painful but I know it will be worth it when it’s gone,” Mr Spencer said.

“I had a tribal band which extended down my forearm. I started working in banking and realised that the tattoo could hinder my career. I had to wear long sleeved shirts even on the hottest days.”

Reasons for getting inked

Professor Jennifer Craik, from the school of Fashion and Textiles at the RMIT University in Melbourne said people choose to have tattoos for several reasons.

“It could be simply as a decorative motif, a picture that they like,” she said. “Some people choose a tattoo which signifies a rite of passage such as falling in love and having a partner’s name tattooed on their body, or a child’s birth date.

“Others use tattoos as a sign of belonging or connection to a sub-culture and for some they serve as a talisman or protection against harm.

Tattoo regret often happened when people changed their fashion or connections with a particular social group.

Among university students, women were twice as likely as men to have a tattoo and 20 per cent later opted to have the tattoo removed, according to Professor Craik.

And it seems there will be more female customers to come, with 2010 figures from Australian research company UMR showing that young women are the demographic most likely to get a tattoo, despite results from the same survey which found 61 per cent of men found women with tattoos less attractive.

Of those men who did find women with tattoos attractive, back tattoos were considered most appealing, while women preferred arm tattoos on men.

Women are most likely to have wrist or ankle tattoos removed. The most common reason for tattoo removal was to have a former partner’s name erased, prior to marriage and to enhance career prospects.

Michelle Hamer is a Melbourne-based journalist and author.

Rethink the ink: Tattoo removal is a growth industry