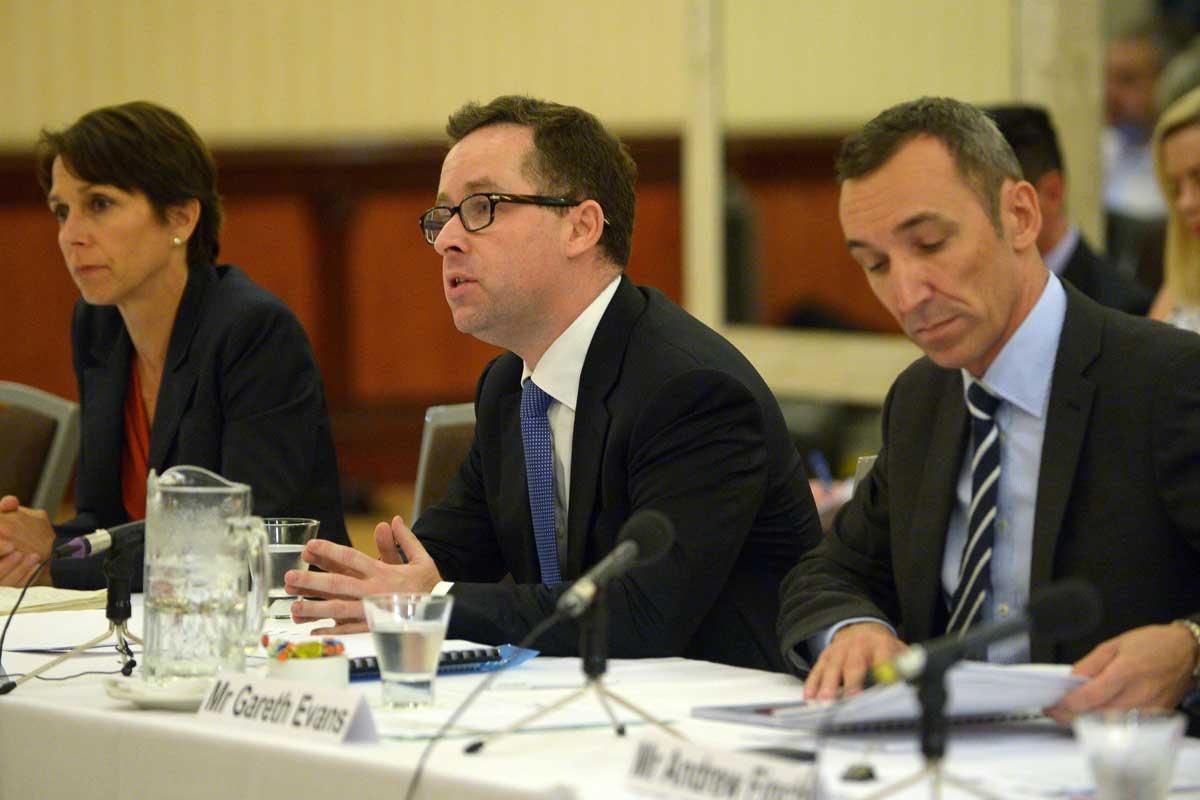 Qantas chief executive Alan Joyce says he is trying to avoid impacts on workers as the airline proceeds with a turnaround plan that includes cutting 5,000 jobs.

The job cut target, part of a $2 billion cost-cutting program, represents a quarter of the savings being pursued, Mr Joyce told a senate inquiry on Friday.

Labour-related expenses make up 40 per cent of the airline’s “controllable costs”.

“So proportionally we are trying to avoid impacts on labour compared to what we’re doing with the rest of the organisation,” Mr Joyce said.

The Qantas boss appeared before a senate inquiry into the future of Qantas, called to investigate the airline’s demand for support from the government through either a debt guarantee or a loosening of foreign ownership caps.

The federal government has rejected a debt guarantee but has given its support to changing the Qantas Sale Act, which caps foreign ownership at 49 per cent – a move the federal opposition is resisting.

In an opening statement to the inquiry – read by chief financial officer Gareth Evans to allow a laryngitis-afflicted Mr Joyce to save his voice for questioning – Qantas said its future was under threat because of an uneven playing field.

“It would be naive for anyone to think these sovereign airlines don’t have an agenda in bankrolling our competitor. They do,” he said.

“It is a strategy directed at weakening Qantas and promoting the interests of Virgin’s foreign owners.”

Unions are concerned changes to the 49 per cent cap on foreign ownership would result in jobs going offshore, but Mr Joyce said he believed Qantas staff understood the need to make tough decisions to secure the airline’s future.

The committee heard Qantas was paying the legal hourly rate but Mr Sheldon said workers were getting just over 20 hours’ work a week and roster uncertainty made it hard to take a second job.

“We are not asking full-time employees to convert to part-time,” he said.

“We are recruiting more part-time employees to give us the flexibility to manage the schedule.”

Mr Joyce also said that, regardless of any increase in foreign ownership, Qantas would still help evacuate Australians in the event of an international disaster.

“I don’t think that will ever change.”

Qantas is trying to save jobs, says Joyce