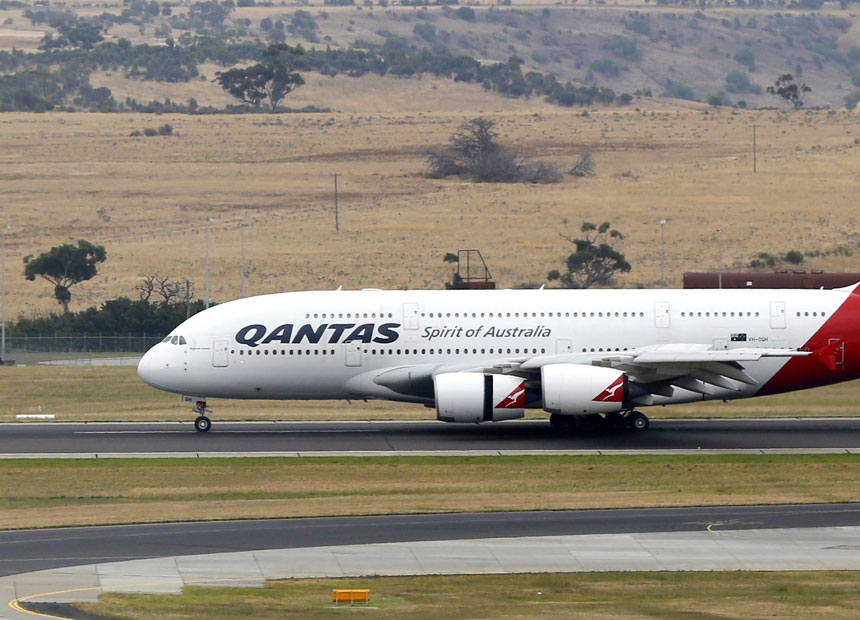 Who in the world would want to buy Qantas?

Quite a few people, it seems, who could look past the $252 million loss, the $2 billion cost overhang and the haemorrhaging international operations to see a lucrative domestic operation.

The federal government has announced its intention to repeal part of the Qantas Sale Act in order to remove caps on foreign ownership.

Labor and the Greens will oppose the move but if successful it will enable majority foreign ownership of Qantas’ domestic business.

Despite the airline’s high-profile problems, including plans to sack 5000 workers, aviation analyst Peter Harbison said there would be plenty of interest from overseas airline operators.

“We’ve seen several players are interested in buying into Virgin, if you explore the reasons for that it’s basically because we have a very attractive domestic market and they want to be a part of it,” Mr Harbison, executive director of the CAPA Centre for Aviation, said.

While Qantas’ alliance partner, Emirates, has so far resisted investing in the Australian airline, the Dubai-based operator would likely feel forced to buy in if other airlines started doing the same, Mr Harbison said.

Cashed-up Chinese airlines are likely to be among those seeking to invest in Qantas.

“Australia is going to be an important market,” said Mr Harbison.

“There’s another carrier which is making acquisitions internationally called Hainan Airlines, which is a big, amorphous group in China. I have no doubt they would be interested in acquiring in Australia but there are plenty of other carriers too.”

Despite the attention on foreign ownership, Mr Harbison said the mooted changes were “a sideshow” distracting from much deeper structural problems Qantas faces as an international operator.

“Getting out of international and having something which is much more virtual, like Virgin, is, like it or not, the only way to go for the long term because we just aren’t competitive – we cannot be competitive even by reducing costs.”

Qantas is disadvantaged by being an end-of-the-line operator rather than based in a hub like its competitors, Mr Harbison said, meaning that on any stopover there are 40 competing airlines offering a better product.

“That’s why Virgin has developed pretty much the ideal model: it’s a virtual international carrier and a good domestic carrier.

“That’s what Qantas should be focusing on but it can’t.”

Another aviation analyst, who asked not to be named, said the best outcome would the removal of the Qantas Sales Act in its entirety to allow Qantas to attract capital and cut costs.

“There are restrictions around having to retain a certain amount of maintenance in Australia,” the analyst said.

“That’s not to say (Qantas) would definitely look to move some of those facilities but a lot of carriers do have their maintenance done elsewhere in Asia and other regions – it gives them a cost base advantage.”

Regardless of the legislative environment, however, the airline’s future would be determined by operational factors, in particular the glut of cheap seats, the analyst said.

“Demand-supply is out of whack. Earnings of both Virgin and Qantas will only turn around once that fixes itself.”

Qantas shares have fallen only slightly since it announced its massive cost saving measures last week, and were worth $1.135 at 1500 AEDT on Tuesday.