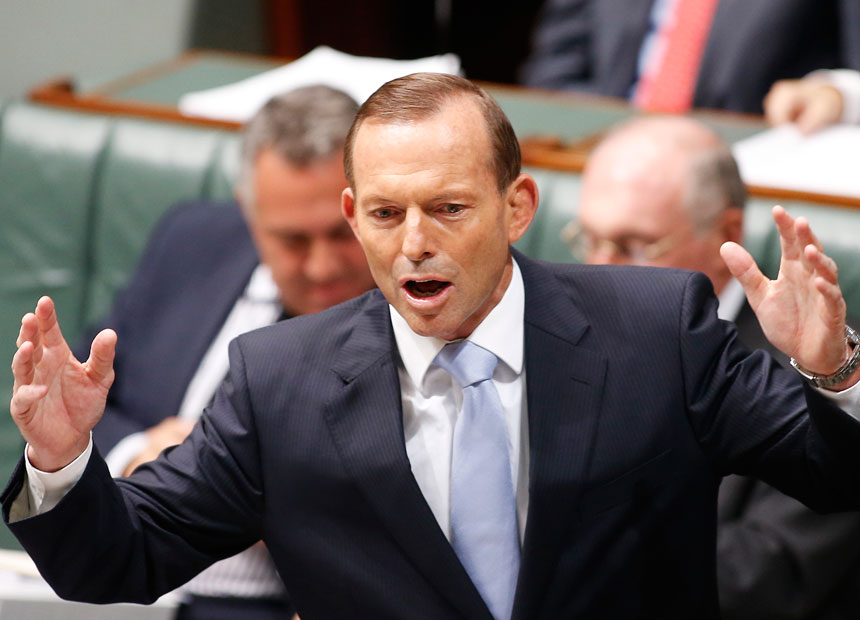 Federal government plans to allow Qantas to be majority foreign-owned appear stuck on the runway, with only two of six key crossbenchers supporting the coalition in the new Senate.

Labor and the Greens oppose any change to the Qantas Sale Act on national interest grounds, so the coalition must wait until the Senate changeover in July to have any chance of getting legislation through parliament.

But even then the government will need six crossbenchers to support the bill, which now appears unlikely.

Prime Minister Tony Abbott says the government will press ahead with repealing the section of the act – which Labor introduced when the airline was privatised in 1992 – that limits foreign ownership of the airline to 49 per cent, prevents foreign airlines holding more than a 35 per cent stake, and limits any single foreign shareholder to 25 per cent.

Mr Abbott said the change would allow Qantas, which has announced plans to cut its costs by $2 billion by shedding 5000 jobs, to compete on a level playing field.

The Australian Motoring Enthusiast Party’s Ricky Muir, who has an alliance with Mr Palmer, is expected to follow the PUP’s lead.

Independent senator Nick Xenophon confirmed on Tuesday he would oppose the bill and Democratic Labour Party senator John Madigan said he was extremely sceptical about it.

Opposition Leader Bill Shorten used question time on Tuesday to ask Mr Abbott whether the government had a plan B to help Qantas.

Mr Abbott said there was every chance the bill would pass the Senate and the opposition should stop playing “silly populist games”.

The prime minister confirmed the government had received a request by Qantas for a debt guarantee, but had rejected the idea.

Qantas would remain “in every meaningful respect an Australian airline” if the laws were changed.

Transport Minister Warren Truss said any foreign investor in the airline would have to jump the hurdles of the Air Navigation Act, the Foreign Investment Review Board (FIRB), the Fair Work Act, immigration regulations and the Civil Aviation Safety Authority.

The scenario of thousands of Australian jobs being sent offshore was “simply not going to happen”.

It would take a year for the airline to split into domestic and international companies, then the FIRB could take up to two years to consider foreign buyers’ bids.

“Do they just think in Abbottland you can click your fingers … and free Qantas from the shackles?” Mr Shorten said.

Qantas said if parliament did not repeal the foreign ownership limits, it would expect it and the government to consider alternative measures to level the playing field in Australian aviation.