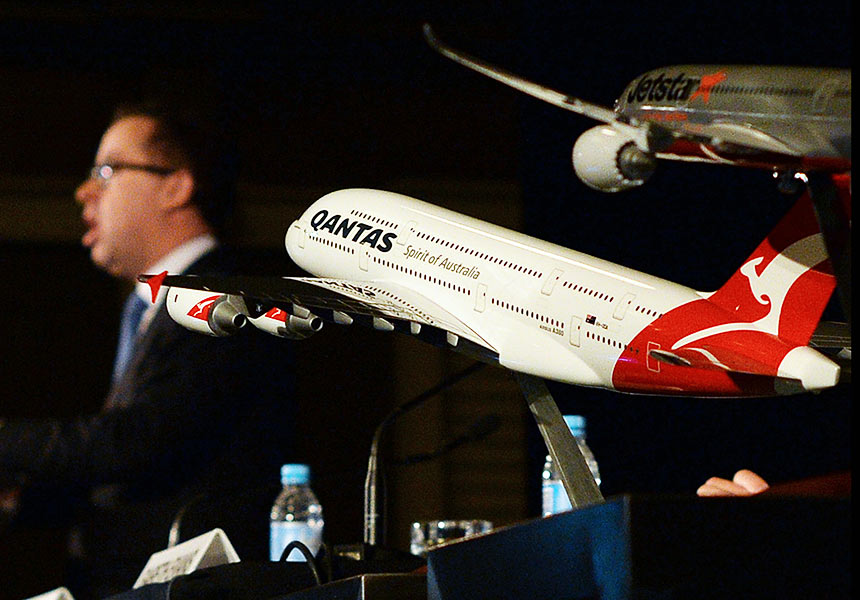 Australia is a big enough country to keep its national carrier from becoming a “flying panda” or a “flying camel”, Labor frontbencher Brendan O’Connor says.

He says the government must clearly articulate its plan for supporting Qantas.

“They’re sitting on their hands and that’s not good enough,” he told ABC TV on Sunday.

The airline is cutting 5000 jobs, freezing wages, retiring old planes, slashing capital spending and dropping some routes over three years in a bid to save $2 billion.

Chief executive Alan Joyce has called on the federal government and opposition to agree to change the Qantas Sale Act to allow more foreign investment, while he still wants a debt guarantee from Canberra.

Prime Minister Tony Abbott says the government is working through changes to the “ball and chain” legislation which restricts foreign ownership to 49 per cent of the company.

Mr O’Connor said these changes could lead to the flying kangaroo “becoming the flying camel or the flying panda” and Australia was big enough to own a national carrier.

However, he wouldn’t commit Labor to a position, saying it needed to see what the government actually proposed.

He did say the government should “stump up” to help the carrier.

But Mr Abbott is cool on the prospect of a debt guarantee.

“It is not the job of government to play favourites between particular businesses,” he told Network 10 on Sunday.

The prime minister didn’t think Qantas would fail but acknowledged it was under pressure from a nimble and aggressive competitor.

Independent senator Nick Xenophon said the government shouldn’t be handing over cash until Qantas opened up its books.

He called potential changes to the Qantas Sale Act a “red herring”.

Senator Xenophon will ask the Senate to launch an inquiry into whether legislation needs to be changed, what part Jetstar and Qantas’ overseas operations play in the airline’s current woes, the wider ramifications of a debt guarantee and the responsibility of the current management and board.

“Alan Joyce and the Qantas board have been crying wolf for too long,” he told AAP.

“We need to find out what the source of their current problems is.”

Abbott, Hockey should ‘stump up’ for Qantas, says Labor