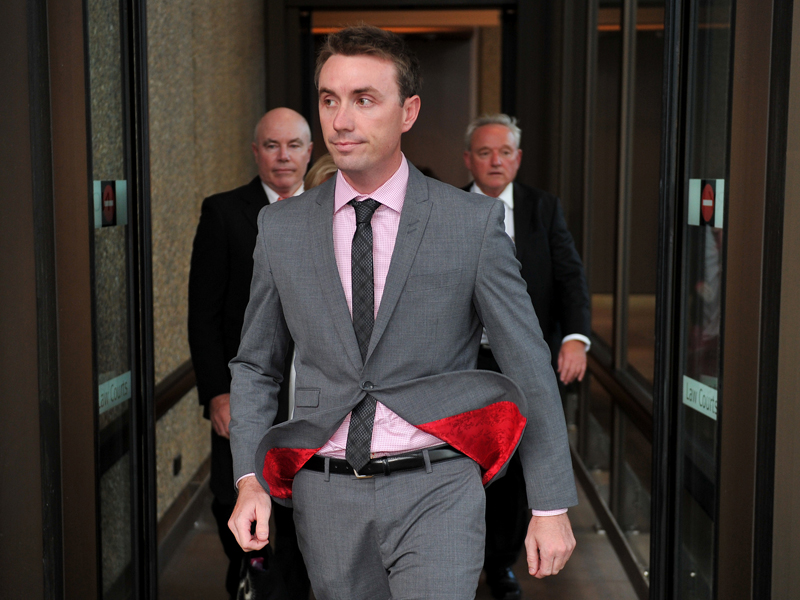 James Ashby has won his appeal against the Federal Court to throw out his sexual harassment case.

The man who accused former parliamentary speaker Peter Slipper of sexual harassment will have his day in court again after winning a Federal Court appeal.

Justice Steven Rares threw out James Ashby’s case against Mr Slipper in a scathing decision handed down in 2012.

He found the former staffer’s main purpose in bringing the case was to pursue a political attack against Mr Slipper.

But the full bench of the Federal Court on Thursday reversed the dismissal and awarded Mr Ashby costs.

“We are satisfied that Ashby should be granted leave and that his appeal should be allowed,” the decision read.

“We have concluded that Ashby’s unchallenged claim that he felt harassed and distressed by the alleged conduct of Slipper was not inherently improbable or incredible.”

There were high emotions outside court, where Mr Ashby told reporters he had cried after hearing the decision.

“I’ve always believed the original court decision was wrong. It was unjust and not based on all the facts,” he said.

“As you can imagine this has been a long and torturous journey, but I am determined not to give up until my claim has been vindicated.”

“James Ashby is a whistleblower who has, against the full force of the former federal government, pursued his legal rights at great personal risk,” he said.

“James has never had a proper hearing on the merits of his case, and he will now get that hearing.

“And that’s what we’ve been after for a long time.”