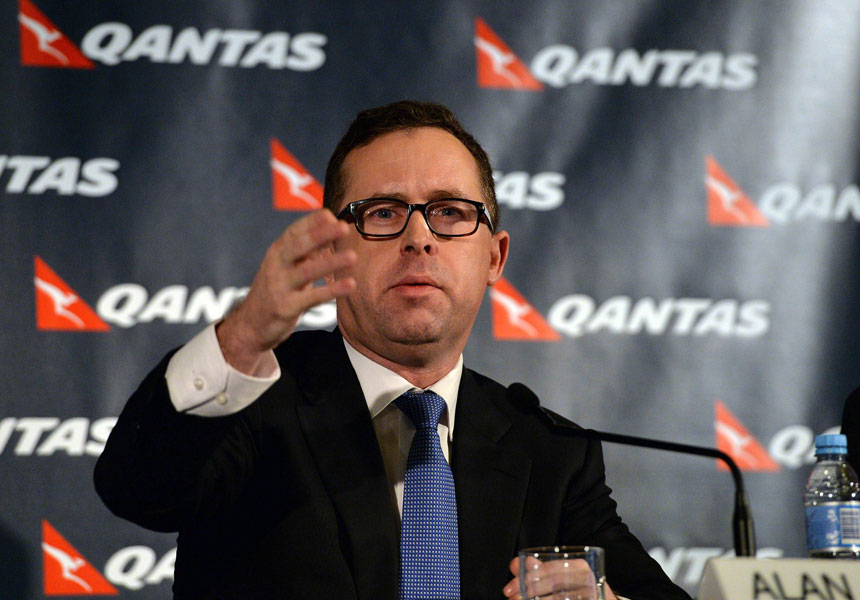 Alan Joyce likes to say Qantas is fighting with one hand behind its back in its battle with rival Virgin.

That may be true, but using its free hand to repeatedly slap itself in the face hasn’t helped the airline.

Though there is a somewhat perverse way in which its self-inflicted wounds may help Qantas to ultimately win its battle.

With the two carriers locked in a vicious, profit-draining battle, Mr Joyce has been heavily criticised for his airline’s stubborn insistence on preserving its roughly 65 per cent market share at any cost.

He doubled down on the controversial strategy, announcing plans to increase domestic capacity another three to four per cent in the next six months.

There are reasons for him to do so: Qantas and Jetstar draw significant competitive advantages from their combined market share, which is one reason Qantas has been a standout financial performer in the global aviation industry in the past.

But does having a lower cost base and strategic advantages over your rival matter all that much if you are both losing money by the truckload?

Qantas unveiled a $252 million underlying half year loss on Thursday and Virgin is expected to announce a poor result on Friday.

The difference between the two is Virgin can lean on the deep pockets of three foreign airlines – Etihad, Singapore Airlines and Air New Zealand – who collectively own around two thirds of the carrier.

Foreign ownership of Qantas, meanwhile, is restricted by the Qantas Sale Act, and its borrowing costs have been pushed up recently after major ratings agencies downgraded its credit rating to junk status.

That’s where Qantas’s self-flagellation in the capacity war could ultimately be to its benefit.

The carrier appears to have gotten itself into bad enough shape to make what was previously unthinkable from a political perspective – foreign ownership of the former national airline – a very real prospect.

If the Abbott government successfully presses ahead with changes to the Qantas Sale Act it will deliver the airline’s management a very big win.

However, whether greater access to foreign funds help Qantas deliver a decisive blow to its rivals or whether the airline just starts slapping itself with both hands remains to be seen.

Shooting itself in the foot: How Qantas is its own worst enemy