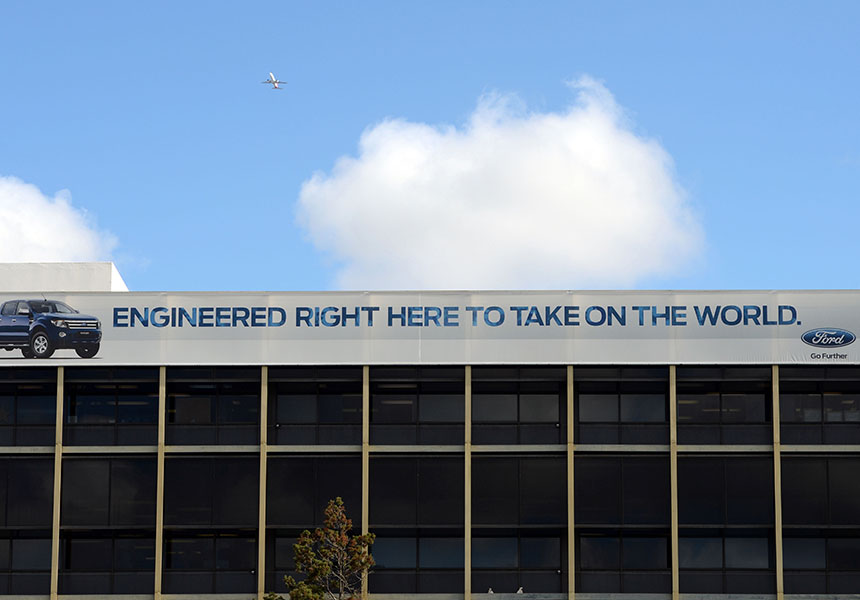 • ANDREW MCLEOD: Designed in Oz, built elsewhere. Is this the way forward?
• Toyota, Hockey clash over reasons for shutdown

One of the calculations that has accompanied the impending demise of the Australian car building industry is that it would have been cheaper for taxpayers to have given every worker $1 million in 1985 and call it quits.

Another is that in the 15 years to 2012, Australian taxpayers handed over $30 billion to an industry that was doomed from its beginning, 66 years ago.

The economist Henry Ergas pointed out in The Australian recently that when the first FJ Holden rolled off the assembly line in 1948, manufacturing productivity in Australia was barely 70 per cent that in Britain.

Which meant that if the expensive Australian-made Holdens and Fords were to be accepted by the public the industry that produced them would need protection from cheaper imports.

A 40 per cent tariff was introduced which, on most manufactured imports, dropped to 20 per cent by the 1960s.

But not on cars. They continued to attract an import tariff of as much as 50 per cent.

As a result, as Mr Ergas points out, an American could buy a new car with 25 weeks’ average earnings while Australians needed a year’s pay to buy a new Falcon. And the average Australian earned a lot more than their US counterpart.

The Australian vehicle-building industry would, clearly, never stand on its own four wheels.

As traumatic as the closures of Ford, Holden and Toyota will be, it is something that has happened many times before. Failures have been more common than successes in the local car industry.

Such companies as Australian Motor Industries (AMI) which built or assembled such marques as Triumph, Rambler, Mercedes Benz and Toyota cars went under in 1987.

British Leyland, the maker of the notorious P76 among other models, and its one-time parent British Motor Corporation (BMC), a successor of the Austin Motor Company which made the Mini Minor and Wolsley, once had a plant in Sydney employing 7000 workers.

Chrysler made Valiants and other models in South Australia until 1981 when it sold out to Mitsubishi which in turn departed in 2008.

Nissan produced a range of cars in Victoria from the early 1970s when it was known as Datsun. But it too found the local market unviable and got sick of sending good money after bad in 1992.

Others like Renault and Volkswagen assembled their cars from imported and locally-made components in Australia as did the Rootes company of the UK which produced the magnificent Humber range along with Hillmans and Singers.

But all of these protected species – clearly too many for a tiny market such as Australia – took a path that the unprotected Ford, Holden and Toyota are about to go down.

The casualty list grew despite tinkering with tariffs by governments from both sides, some of whom came up with revolutionary plans.

Gough Whitlam proposed an across-the-board tariff cut of 25 per cent in 1973, to which Holden reacted by sacking 5000 workers.

Bob Hawke, then the ACTU boss, challenged Whitlam and forced a revision of the intended policy. In the end a “local content” deal was agreed, protection for the car industry trebled and the Holden workers got their jobs back.

This time the economic reality is more harsh.

The Productivity Commission received evidence that 200,000 cars is the minimum yearly output needed for viability.

Toyota, Australia’s largest maker, produces only about half that many.

Industry expert Tim Harcourt of the University of NSW’s School of Business says, however, that the departure of Toyota was not necessarily inevitable.

“The exit of Toyota from Australia really symbolises the way the Australian economy has now moved on from the days when it was a manufacturer, and is now unbalanced with its dependence on the resources sector,” Mr Harcourt said.

“In hindsight we should have focused on export orientation and trade promotion, supporting the free trade agreements, and building on our export success in Asia and the Middle East and emerging markets.”

‘Admit what the hell is going on’: Biden wants US to face White Supremacy problem
Sydney home sprayed with bullets in gang violence
Device detonated, man arrested in Brisbane sieges
Peace talks between Russia, Ukraine stall
Viagogo loses appeal over $7m penalty
British MP arrested on suspicion of rape
If your mobile has this game it could be worth thousands
Today's Stories