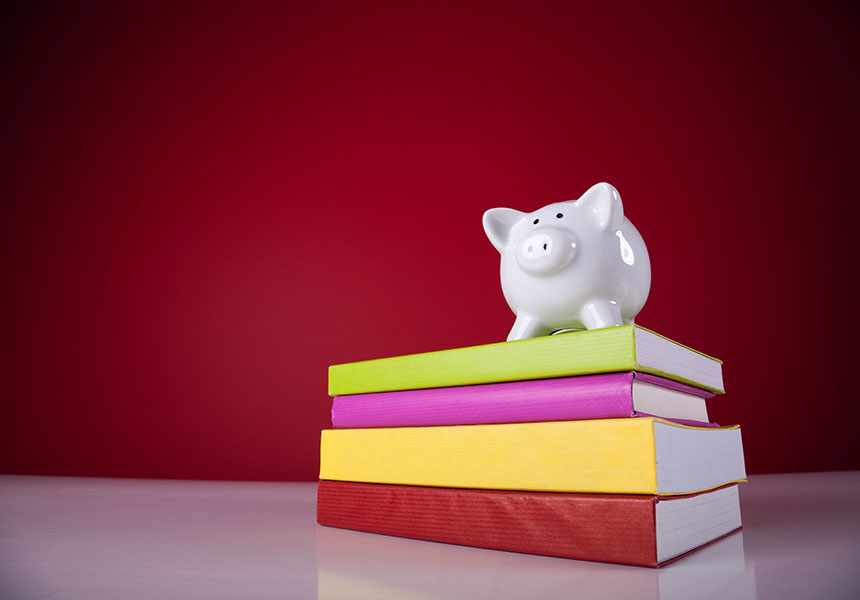 Parents all over Australia are counting the cost of getting their kids ready for the new school year, with booklists, uniforms, sports equipment and technology sending credits cards into meltdown.

Just the art supplies for a single student can stretch to $160, while the books for a single subject might cost $150. But education is important and kids need to be equipped properly.

The Australian Scholarships Group estimates it will cost about $3000 a year for a child now starting at a metropolitan government primary school and $4600 a year for someone entering high school.

Getting your kids back to school could be about to get even more expensive, regardless of the type of school they attend, with the federal government planning to abandon the SchoolKids bonus. While it is being paid this month as associated legislation to scrap it hasn’t yet passed, families can’t bank on the July instalment and certainly not in 2015.

While there is some relief offered to parents by the states, the Victorian government will also scrap its Education Maintenance Allowance for low-income families in 2015. In 2014 it was $200 for eligible prep students, $150 in other primary years, $300 in year 7 and $250 in other secondary years. A state government spokesman said in 2015 the money would go direct to schools (Click the owl to see your state government’s education allowances).

Government schools free? Not by any measure

As parents of kids at a public school, this year my partner and I have already shelled out upwards of $7000 getting two secondary students and a primary pupil back to school in Melbourne.

Like most parents we’re happy to pay fees, some aspects of which are voluntary. But many struggle and with the Abbott government planning to dump the federal SchoolKids bonus, it will get worse.

P&Cs Queensland office manager Madonna Stewart has a son in grade six of a government school and has paid $120 for resources (voluntary – includes discounts for excursions and incursions), $161 for books (compulsory but some items can be sourced cheaper), $300 for a camp, $120 for shoes and $250 for uniforms items that should last two years.

Ms Stewart said P&Cs Qld, which represents Queensland parents and citizens associations, had not noticed a big increase in education costs but scrapping the SchoolKids bonus would affect local families. Nor did Queensland have a State Government payment for low-income families.

Regional New South Wales-based Raelene, whose son Daniel starts year seven this year, has spent more than $600. This doesn’t include a computer, winter uniform or more shoes when Daniel wears his out in a term.

Raelene’s husband is a sheet metal worker whose work has reduced, so she supplements their income by dyeing and hand painting shoes and clothes. They qualify for the SchoolKids bonus but she is unaware of any NSW State Government help.

“With electricity, water and the council rates all leaping up last year, it’s harder to make all the ends meet,” she said.

“I think that we do need to assume responsibility for some things, such as travel for excursions, and possibly some lessons where the school needs to purchase extra things for those lessons,” she said. “I do believe however, that … they need to show proof of their purchases.”

Parents Victoria executive officer Gail McHardy said it was becoming harder for families, particularly with payments to the poorest families being redirected to other disadvantaged schools as selected by the government.

Ms McHardy said as well as fees many parents had to fund the use devices such as laptops and iPads.

“Some schools need to be mindful of incursions and excursions, camps and their selection of activities in regard to curriculum benefit, purpose, access and affordability,” she said.

“In our experience some families – or their children – decline to participate due to cost and secondary students select subjects based on affordability.”

The Australian Scholarships Group, which offers education savings plans, has calculators that estimate school costs based on where you live and the school type.

It estimates an Australian child starting at a metropolitan government primary school in 2014 will cost their family $21,770 over the seven years in fees, levies, charges, extracurricular costs, clothing, necessities, travel and computers.

P&Cs Qld advises parents to plan ahead. “(I’d) suggest calculating and planning all costs, including when they fall due,” Ms Stewart said.

“Schools can work with parents on payment plans for payment of fees, so be sure to work with your school if you need any assistance.”

Back to school costs are hefty, regardless of school