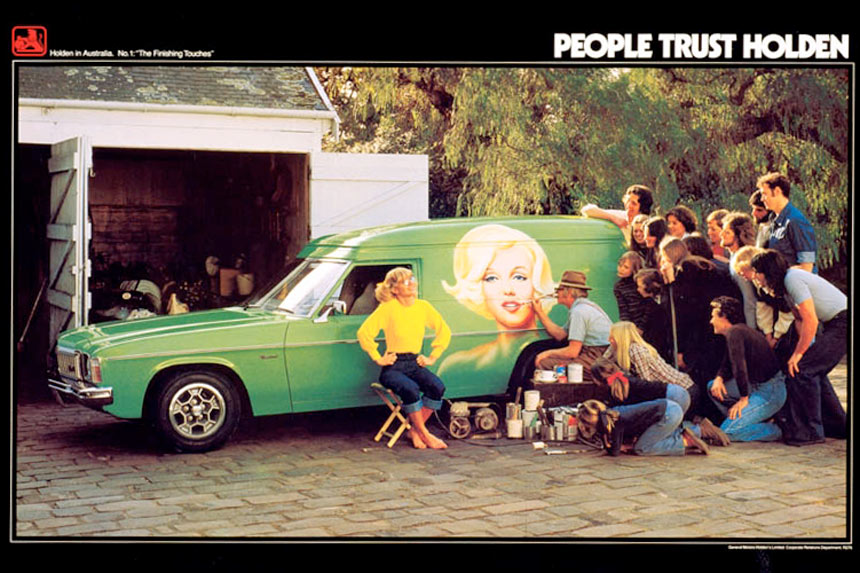 Up until 1984 Australians mostly bought locally made cars. That was because government legislation ensured they did. But with the lifting of local content restrictions by the Hawke Labor government Australians started buying imports. They’ve never stopped.

And for local manufacturers the game has only ever been growing more competitive. Right now they’re looking down the barrel of a free-trade agreement with Korea that will see Kias and especially Hyundais all reduce in price.

But whatever the local car makers may say, their current problems are largely of their own making.

The writing started appearing on the wall for the Commodore, Holden’s flagship product, in the early 1990s. That was when the market began a swing away from big, six-cylinder cars towards smaller, more economical four-cylinders like Hyundais and Mazdas.

Holden and other local producers seemed blind to it, probably because their big cars always had a reliable market to soak up the volume – big companies and government fleets. The fleet market never generated much profit but it could be relied on to keep assembly lines humming.

Then a decade or so ago that started changing too. Novated leases became popular with fleet operators because when employees left the company, either by choice or not, their cars went with them. Employees like novated leases too because they got to choose the car they were driving, and they started choosing smaller cars and SUVs rather than Commodores.

But Holden wasn’t alone in missing all this. Ford continued making Falcons, Mitsubishi made Magnas and then, in a last ditch effort that ultimately proved fatal, introduced yet another big six to replace it, the 380. The buyers stayed away in droves.

For its part Toyota makes four-cylinder Camrys as well as six-cylinder Aurions (so far this year Camrys are outselling Aurions about four-to-one) and for some incomprehensible reason stopped making Corollas locally. But then Ford had announced it would start building the four-cylinder Focus here, now its biggest seller, only to go back on the plan some time later to re-focus on Falcon and its wagon offshoot, the Territory SUV.

Holden belatedly started assembling the four-cylinder Cruze here but it is comprehensively outsold by Corollas, Mazda 3s and Hyundai’s i30, all imports.

If Ford was building the Focus here, Holden the Cruze and maybe the Captiva SUV, if Corollas were still rolling out of Toyota’s plant at Altona along with maybe the HiLux, and if the government stopped throwing money at them and simply made locally-built cars free of GST, Australian car making wouldn’t be in such a pickle.

But then this industry has never been good at listening to buyers, especially those folk based in Detroit.

And so Holden, the proud maker of ‘Australia’s own car’, a company with a history dating back to 1856 when it made saddles in Adelaide and in 1908 switched to building bodies for imported vehicle chasses, the company that unveiled the 48/215 in 1948 in the presence of Prime Minister Ben Chifley, is converting into a ‘sales company’ or, more plainly, a full-line importer. Just as Mitsubishi, Nissan, Chrysler, Volkswagen and others have done before it.

With Ford having already announced cessation of local manufacturing in 2016 it leaves Toyota as the only local manufacturer still standing, and given its reliance on local component suppliers who may not have a viable business with only one factory to supply, its future looks shaky too.

You’d like to say you’re sorry to see it happening, but what you most want to say is ‘I told you so’.

Save your pity: Holden has nobody to blame but itself