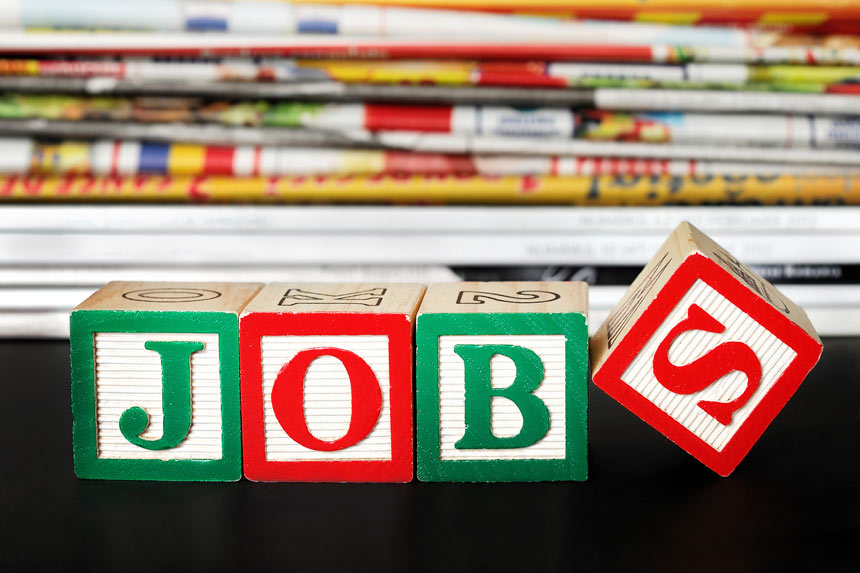 · The great Australian dream, part one: What happened?
· Looking for a job? Don’t move to these suburbs

As a mature-age student who was doing well at university, Bruce Cameron assumed he would not have any problems finding stable, ongoing work as an English and humanities teacher.

“I thought I would at least get a couple of one-year contracts, where you usually get transferred to an ongoing position after that,” Mr Cameron said. Instead, he spent the first few months of this year working as a teacher’s aide and doing the “odd day of relief teaching work”.

“During the second term, I did more relief teaching, and really tried to focus on getting as much of that as I could. This led to a more permanent contract — full-time work for one term”.

Before he enrolled in a four-year Bachelor of Teaching and Bachelor of Arts degree, Mr Cameron, 38, had worked in hospitality, which he thought was “really a young person’s game”. He thought teaching, a respected profession, had better long-term career prospects.

Yet reality has failed to meet expectations. He said the current hiring system in education isn’t as simple, or as fair, as he thought. It pits graduates against experienced teachers, who themselves are forced to compete for their position at the end of each year their contract runs out.

For Mr Cameron, the underlying story is one of job security, or lack of it. Uncertainty about where his money will be coming from next year and the year after that means he cannot buy a home. Although committed to teaching, he said it was not uncommon to be on short-term contracts for four to five years before long-term work was offered. The great Australian dream? N/A.

Mr Cameron’s experience is not unique. Teaching, a career once notable for its job security, is one of many professions subject to increasing uncertainty in national jobs market.

Today, casuals make up about 2.2 million, or one-fifth, of all Australian workers. When fixed-term contractors and part-time workers were included, the Australian Council of Trade Unions (ACTU) estimated that approximately 40 per cent of all jobs were insecure.

Dave Oliver, secretary of the ACTU, said there had been a notable shift in the labour market in recent years. He said the system of part time and casual work had been “badly abused”, as evidenced by the oxymoron of the “permanent-casual”.

“We’ve gone from an environment where people were engaged on a full-time basis and were employed over a long period of time, to a highly casualised workforce and a lot of short-term engagement,” he said.

“This is mainly due to employers pushing for a more flexible workforce, which comes at the expense of the workers and the stability of the labour market in general,” he said.

Casual jobs came to the Australian economy in a big way around the same time as the equal pay decisions of 1972 and 1974. The number of part-time jobs grew rapidly through the 1980s and 1990s to a high around 2000, but eased through the noughties, with a few peaks and troughs along the way.

Professor Mark Wooden, a labour market economist at the University of Melbourne, says the “proportion of workers in Australia who are casual or part time is a very high number, no doubt about it”.

But he said maybe as many as three quarters of all part time workers prefer casual work, and the level of job dissatisfaction among these workers is not especially low, in part because of the 25 per cent higher pay.

He told The New Daily that the higher pay boosts demand for these jobs, as does the flexibility, which can help families earn a second income and avoid expenses like childcare costs.

In fact, Professor Wooden says casualisation is only one of factor driving feelings of job insecurity, and it is probably not be the main one.

“A person’s insecurity about their likelihood of holding onto a job tends to moves up and own with the labour market, with things like the unemployment rate.”

What do the numbers say?

When you factor underemployment into the numbers, there is another story being told. According to the ABS, the official unemployment rate in October 2013 was 5.7 per cent, but the ABS says a person only needs to work employed one hour a week to be counted as employed.

But the underemployment rate currently sits at 13.5 per cent, which is above the long-term average of 12.7 per cent. That number has risen from 10.0 per cent in 2008 as the global financial crisis struck, and was at 9.1 per cent when the ABS began gathering the data in 1978.

So what’s the effect of underemployment? The ACTU’s Dave Oliver puts it this way: “People who want to, and are available to, work more hours, but are not given the opportunity, suffer financial stress, can’t predict when their next shift is going to happen, can’t plan household budgets and in many cases, find it difficult to get access to finance and home loans.”

Change is the only constant

Veronica Sheen, research associate in the political science department at Monash University, has studied shifts in work practices over the past 30 to 40 years. She said the Australian economy, once supported by agriculture and manufacturing industries, has undergone a massive change over the past few decades, slowly turning into an information economy. Change like this can unsettle perceptions of job stability.

In the 1960s, Australia was still a nation evolving from primary industries such as sheep, cattle and wheat, to manufacturing. In the late 1960s, ABS records show that manufacturing employed 26 per cent of Australians, while wholesale and retail trade accounted for 21 per cent.

Jump to 2011 and the manufacturing industry is ailing. Today, only about 8 per cent of all jobs are found there. Images of workers leaving Holden and Ford factories for the last time is a staple of the evening news.

As the complexion of the Australian workforce changes, Ms Sheen said stable and permanent work would be increasingly difficult to find, and there would be a greater need to be entrepreneurial and proactive in finding work.

“Although there will be full-time jobs, they will be very heavily contested and competitive. You will need more skills across different areas to stand out, such as second or third languages, direct services skills and practical experience”.

Despite the uncertain future, Bruce Cameron plans to stick with teaching.

“I try to keep positive that I’m good enough and passionate enough to get that full-time contract eventually,” Mr Cameron told The New Daily. “I know lots of qualified people who can’t get permanent work as teachers. A lot of them are working in retail just like they did at uni,” he said.

Without stable employment, he said that “a home loan just wasn’t a consideration”.

“At the moment, I’m being frugal because my contract finishes at the end of this year, and potentially, there will be a gap between the end of my contract and a new one. If I don’t get this contract renewed, I’ll be back in the job hunt again,” he said.

As teaching is a job that depends on building long-lasting relationships, Mr Cameron has found it difficult to part with students he has taught for only three months.

“The kids will ask me: are you coming back next year? And I say I hope so. I’ve got to stay positive and passionate about that,” he said.

Wednesday: Waking up from the dream of home ownership

The great Australian dream: Working towards … what?