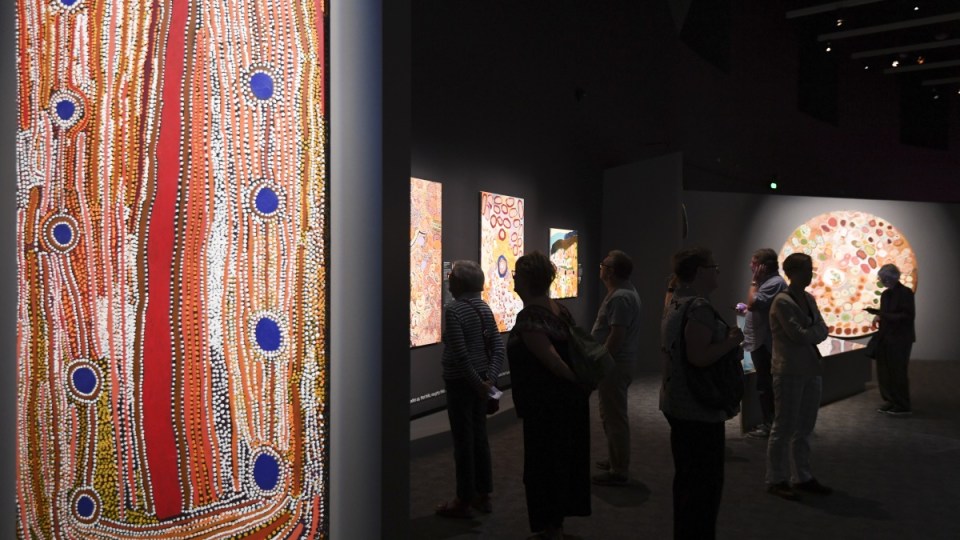 Aboriginal and Torres Strait Islander visual arts and crafts worth $250m were sold in 2019/20. Photo: AAP

But a pervasive and longstanding problem of fake arts and crafts is undermining the sector, disrespecting culture and depriving Aboriginal and Torres Strait Islander artists of income, a draft report has found.

In 2019/20 $250 million worth Aboriginal and Torres Strait Islander visual arts and crafts was sold, including almost $47 million in artwork sales and at least $83 million in merchandise and souvenirs.

Yet inauthentic products made up well over half of spending, the Productivity Commission says.

Its report recommends fake “Indigenous-style” products should have mandatory labels to raise consumer awareness about what they are purchasing.

Extra support for art centres and other services is recommended by the commission, as well as a review of government funding arrangements.

“Art … allows Aboriginal and Torres Strait Islander peoples to share stories, connect to Country, strengthen cultures and communities and to access a range of employment and economic opportunities,” she said.

A consultation period is open until the end of August, inviting the sector to provide feedback on the recommendations outlined in the draft report.

A final report is due by the end of the year.