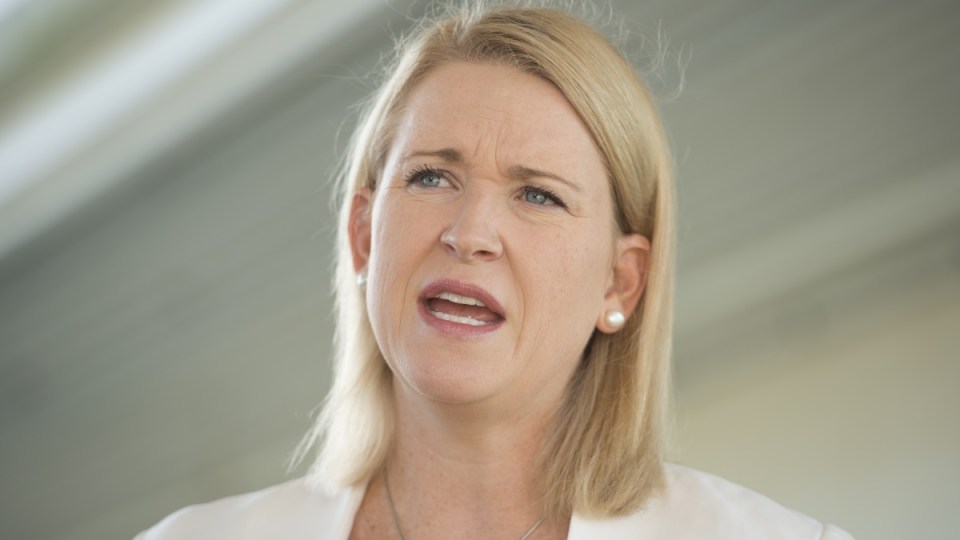 NT Police Minister Nicole Manison says it will be a "difficult few months" for those in Wadeye. Photo: AAP

Some displaced residents may not return to their homes in a remote Northern Territory Indigenous community over fears for their safety amid a violent feud between rival clans.

One man is dead after reportedly being speared in the head in Wadeye, 400km southwest of Darwin, and others have been seriously injured during the civil unrest over the past two months.

Families fled into the bush with little more than blankets, triggering a “humanitarian situation” as police evacuated others to surrounding communities or Darwin.

Up to 500 people are displaced, many in bush camps without shelter, and about 100 or a quarter of all homes in Wadeye are damaged or destroyed.

“We are working with those family groups about what is going to be the best option for them going forward,” she told reporters on Thursday.

“It’s going to be a difficult few months.”

Ms Manison said some families are fearful about returning to the community of 3000 people after their homes were damaged in the unrest.

“Tragically we have seen someone lose their life. There are still some very tense times on the ground in Wadeye,” she said.

“There’s a lot of grieving. There is a lot of sorrow.”

Wadeye is one of the largest Aboriginal communities in the NT and home to 22 clans and seven language groups.

The community is located in the second-most disadvantaged region in Australia, according to the Australian Bureau of Statistics.

A 2019 survey found 57 out of 400 homes in Wadeye were seriously overcrowded, some with more than 20 occupants.

A dozen NGOs, including Save the Children and Foodbank, have made their way into the region in recent days to help displaced people and the community.

The NT government has also set up an incident control centre to co-ordinate the welfare response and monitor the unrest.

Some displaced people in ‘desperate situations’

Federal Senator Malarndirri McCarthy raised concerns over the displaced people on Wednesday after visiting the region, saying some were in “desperate situations” and “basic humanitarian needs weren’t being met”.

“It’s terribly sad. Those families, those women and children, who … had no accommodation, no toiletry sanitation and very little food, if any,” she said on Thursday of her visit to the region earlier in the week.

Ms McCarthy said there was a “great deal of hurt, despair and absolute sadness” in the community but many people would return to the community despite the violence.

“It’s their home, their country and they want to stay there and see this through,” she said.

Calls for ADF to be deployed rejected

She rejected calls for the Australian Defence Force to be deployed.

Historic tensions between clans have caused the unrest in Wadeye, formerly known as Port Keats.

It was established as a Catholic mission in 1935 after traditional owners in the area murdered three Japanese fishermen.

A video published on social media and confirmed to be of the Wadeye unrest shows more than a dozen people smashing the windows and walls of a building during the night as onlookers yell and scream.

Other photos show youths armed with axes posing in front of burning homes and empty streets strewn with debris.