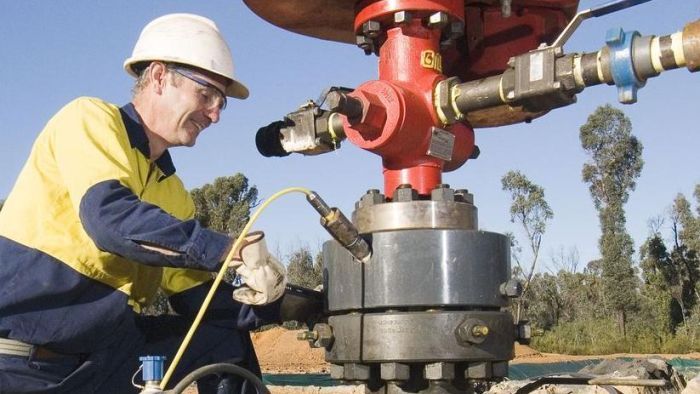 A bitter feud is brewing in the Top End as Indigenous communities launch a legal campaign to foil a vast Northern Territory gas project they claim will be a cultural and ecological disaster.

The litigants, from the Tiwi Islands and Larrakia country, insist they didn’t give consent for Santos to build the Top End pipeline.

They say the legal challenge could prevent the nation’s second-largest independent gas producer borrowing about $1 billion for the Barossa offshore development, putting its financial viability at risk.

“Santos did not fully explain their plans to build a gas pipeline along our coast and did not explain any of the risks,” he says.

“We were told briefly about the pipeline in 2018 by the previous owners, ConocoPhillips, and we said no.”

Mr Munkara says Santos didn’t obtain free, prior and informed consent and the court action is a bid to protect “our family and our land”.

“This gas project puts our way of life at risk,” he says.

Minister for Northern Australia David Littleproud says while every Australian has the right to undertake legal action, the processes to assess the environmental risks and stakeholders’ views did take place.

Santos signed off on the $3.6 billion Barossa offshore development in 2021, making it the largest private economic investment in the Territory since Inpex’s Ichthys gas project decision in 2012.

It includes a pipeline from the Barossa gas field in the Timor Sea to an existing LNG facility on Darwin Harbour, which is scheduled for an $800 million refit.

The two projects are expected to generate about 600 jobs during construction and another 350 at Darwin LNG over 20 years, with about $2.5 billion in wages and contracts expected to flow into the territory.

Santos says the project is progressing on budget and schedule.

“The Barossa gas project has all the necessary approvals in place,” according to a spokeswoman.

“As is the case for all of our projects, we undertake consultation with all key stakeholders where they receive detailed information about the project.”

But the Stop Barossa Gas campaign says proposal documents for the project reveal ConocoPhillips sent just two emails and made one unanswered phone call to the Tiwi Land Council during the consultation period for a drilling plan.

It says there was no consultation with Larrakia traditional owners, according to paperwork obtained from the Australian offshore petroleum regulator, NOPSEMA.

Activists have also raised concerns about the pipeline’s proposed route through the protected Oceanic Shoals Marine Park and along the entire length of Bathurst Island.

“There is a reef there with lots of turtles and dugongs,” he says. “The turtles lay their eggs on that beach and we go hunting in that area.”

“The mangrove systems are important to our sea life,” he says. “It’s where we go to do our hunting, fishing and gathering.”

He says the planned route for the pipeline also cuts through the Darramarrangamanidj creator’s dreaming track, an important site for the Larrakia people.

Lawyers for the groups filed an injunction in the Seoul Central District Court under the Korean Civil Execution Act against the Export-Import Bank of Korea and Korea Trade Insurance Corporation.

‘Admit what the hell is going on’: Biden wants US to face White Supremacy problem
Western Australian authorities prepare report to coroner on latest Indigenous death in custody
Today's Stories