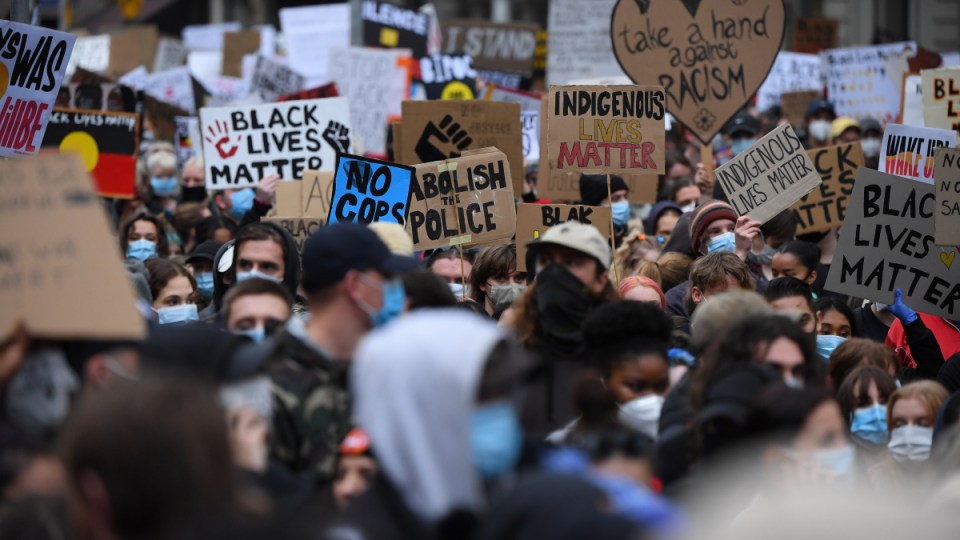 Protests, like this Melbourne rally, continue to demand an end to Indigenous prisoners being found dead in their cells.Photo: Getty

A Perth prisoner who died overnight is believed to be the fifth Indigenous death in custody in Australia this year.

Western Australia’s Department of Justice said the death of the 22-year-old man was not suspicious, with police to prepare a report for the state’s coroner.

There have been at least 500 Indigenous deaths in custody since the 1991 Royal Commission into Aboriginal Deaths in Custody.

In a statement on Saturday morning, authorities said the man was found in his cell at Hakea Prison at about 7.20pm on Friday night.

Prison officers and medical staff tried to resuscitate him before paramedics arrived and continued first aid while transporting him to hospital.

“Preliminary reports indicate there are no suspicious circumstances,” the statement said.

“In accordance with all deaths in custody, the WA Police Force will investigate and prepare a report for the state coroner.”

There have been several Indigenous deaths in custody this year, including that of 16-year-old Sydneysider Jai Wright who died after he collided with an unmarked police car while riding an allegedly stolen trail bike in February.

His father, Lachlan Wright, said police had given him “inconsistent” explanations to how his son died that day, with one officer explaining the teenager was being chased by police while another said the car had been stationary.

Later that month, a Queensland police chase involving 18-year-old Robert Malayta also ended in tragedy after the teenager and a friend fled from an allegedly stolen car to dodge a police road block before he drowned trying to cross a river.

The 1991 Royal Commission made several recommendations, including using prison as a last resort for Indigenous people and improving reporting of deaths in custody.

Indigenous Australians make up about 3 per cent of the nation’s population but nearly a third of the prison population.